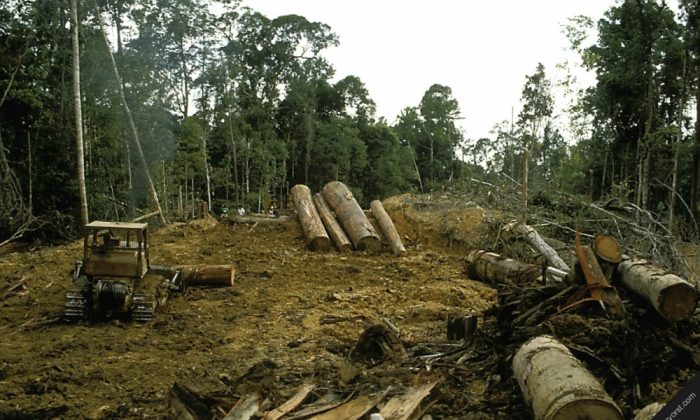 Oslo, Norway: A senior monitoring official at Norway’s Ministry of Climate and the Environment is alarmed at reports highlighting the apparent green-house abuse of Guyana’s rainforest by a Chinese firm.

Referring to several articles in the online version of Guyana’s Kaieteur News, a leading private daily newspaper from Georgetown, the senior Norwegian climate monitor told this Publication that Oslo will be launching a silent investigation into the timber harvesting activities of the Chinese firm Bai Shan Lin.

He stressed that the investigation will help to determine whether Bai Shan Lin’s operation is impacting on the terms that Norway had entered into with the Guyana Government under the REDD+ initiative.

Sharing a series of inferences that he could have drawn from the articles, the official said that an EU corrupt practices investigation may also be likely, depending on what the initial REDD+ investigations may unearth.

Question on whether the investigation would be a joint initiative between the Guyana and Norwegian Government, the official was quick to say ‘no’, thus revealing Norway’s obvious distrust of the officials responsible for enforcing Guyana’s environmental laws.

Norwegian officials have practically considered Bai Shan Lin to be an arm of Sinopec and several other Chinese investment firms that were already commercially convicted for flouting the conservation laws of Gabon, and for collaborating with criminals in the exploitation of several forest concessions throughout Africa.

Oslo is also worried over intelligence information which suggests that three Chinese operatives, who were reportedly criminally fingered in Cameroon for siphoning off hundreds of millions of dollars in undeclared timber, are now part of Bai Shan Lin’s operation in Guyana.

Their worry is practically hinged on those operatives alleged tendency to illegally exploit rainforest concessions, with impunity.

Generally associated with the story of El Dorado, and known for its magnificent forests, rivers and the Kaieteur falls, Guyana is home to a large swath of the Amazon rainforest.

During November, 2009, the South American country  had launched a controversial Low Carbon Development strategy under its previous President, Bharrat Jagdeo.

Norway was one of the first countries to support the initiative by offering the country millions of dollars in exchange for protecting its rainforest, under the Guyana REDD+ Investment Fund (GRIF).