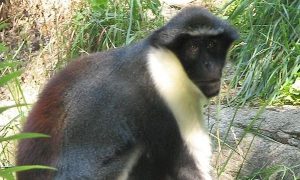 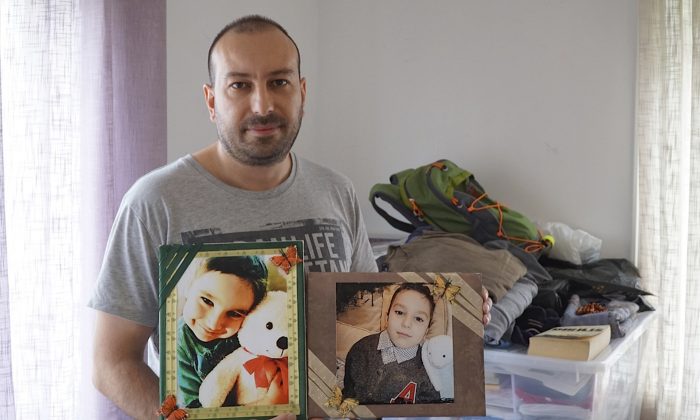 In this photo taken Friday, May 11, 2015, Feridun Mustafaoglu hold pictures of his children in his small one-room rental during an interview with The Associated Press, in Stavanger, Norway. Mustafaoglu helped his wife and two sons flee to Turkey after a tip-off that Norwegian child protection services were about to take custody of the children. After a series of highly charged custody disputes, Norway now faces accusations of cultural insensitivity at best and child theft at worst, as increasing numbers of immigrant children are being seized by officials and handed over to Norwegian foster families. (AP Photo/David Keyton)
Europe

STAVANGER, Norway—One August day, Airida Pettersen received the news many immigrant mothers have come to dread: School representatives told the Lithuanian that child welfare officials removed her two children from the classroom and placed them in a foster home.

She pleaded to know why — but she said nobody would give her a straight answer.

Norway: A Snow Hotel and the Northern Lights

Oslo, Norway—Is It Really That Expensive?

Pettersen, who moved to Norway in 2008 after marrying a Norwegian, is one of hundreds of immigrant parents whose children were taken away by Norway’s Child Protection Service, or Barnevernet, ostensibly to protect them from mistreatment.

After a series of highly charged custody disputes, the oil-rich Scandinavian country now faces accusations of cultural insensitivity at best and child theft at worst, as increasing numbers of immigrant children are being seized by officials and handed over to Norwegian foster families. Of 6,737 children taken in 2012 — the latest available data — some 1,049 were immigrants or born to immigrant parents. That compares to 744 children of immigrants taken away, of a total of 5,846, in 2009.

The authorities insist they’re acting in the best interests of the children. But their perceived heavy-handedness has stirred diplomatic disputes with several eastern European countries and India.

All Western European countries assert the right to place children, both of nationals and foreigners, in foster care when there is evidence of abuse. And complaints of unfair seizures, allegedly for cultural reasons, are known to arise. But Norway is the only country where it has become as major issue — both due to the scale of the phenomenon and the fierce criticism of the government.

A relative managed to spirit Pettersen’s children away from their foster family while they were at school and reunite them with their mother in the Lithuanian capital, Vilnius — where they remain today.

Morten Moerkved, head of the agency in the small town of Malvik where the Pettersens lived, said he could not comment on any specific case but insisted that the sudden removal of children happens only in “acute” circumstances, including cases of abuse or “serious deficiencies” in the daily care of a child, citing persistent drunkenness or drug use by the parents or evidence of malnourishment.

Official guidelines also make a point of ensuring that the special needs of a sick or handicapped child are adequately met and that parents have to be able to take sufficient responsibility so that a child’s health or development is in no way “seriously injured.”

Pettersen believes officials took her children partly because of her 10-year-old daughter’s clothes, which she alleges authorities found too provocative for a pre-teen.

“I dress my daughter in a pretty dress and make her comb her hair,” she told The Associated Press.