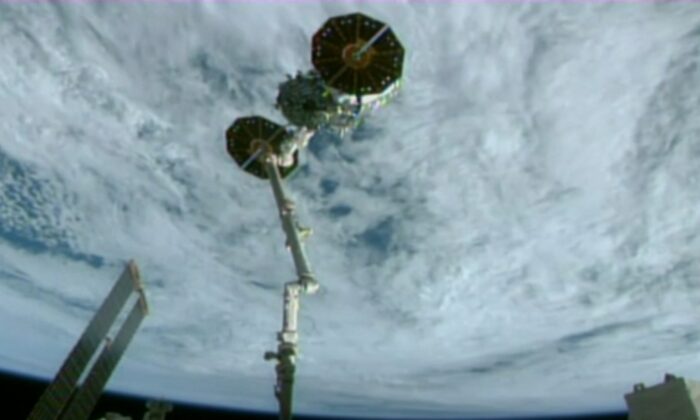 Cygnus spacecraft backing away from the International Space Station, on Nov. 20, 2021. (NASA/Screenshot via The Epoch Times)
Space

The arm then maneuvered the spacecraft into position and released it at 11:01 a.m. ET.

After departure, the Kentucky Re-Entry Probe Experiment (KREPE) stowed inside Cygnus took measurements to demonstrate a thermal protection system for spacecraft and their contents during re-entry in Earth’s atmosphere, which can be difficult to replicate in ground simulations.

Cygnus will de-orbit on Wednesday, Dec. 15, following a de-orbit engine firing to set up a destructive re-entry in which the spacecraft, filled with waste the space station crew packed in the spacecraft, will burn up in Earth’s atmosphere.

It was the company’s 16th commercial resupply services mission to the space station for NASA. Northrop Grumman named the spacecraft after NASA astronaut Ellison Onizuka, the first Asian American astronaut.