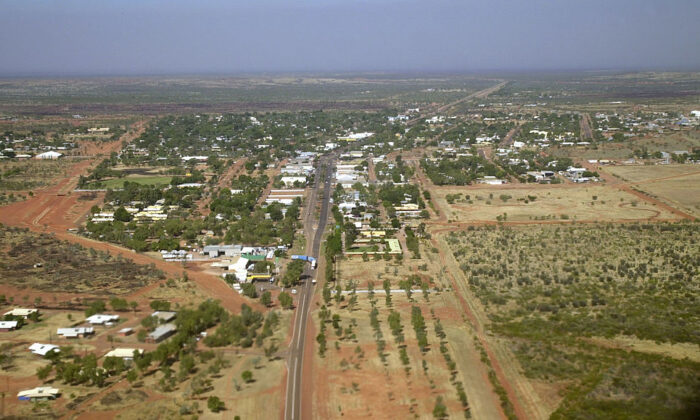 The Northern Territory government has cancelled almost $70 million (US448.8 million) in rental debt for remote Indigenous communities amid allegations the housing is not up to scratch.

Details about the decision were heard in a recent NT Civil and Administrative Tribunal hearing that ended last week.

“The effect of the determination is that remote rent debts prior to 30 June 2019 were written off under section 35 subsection 1 of the Financial Management Act,” Lauren Tattersall, a lawyer for Territory Families, Housing and Communities, said from the witness box.

“Remote rent debts after 1 July 2019 were waived pursuant to section 35, subsection 2 of the Financial Management Act.”

The determination is a big win for Aboriginal residents in Laramba and Santa Teresa, who started legal action against the NT government over the poor quality of rental homes in their communities five years ago.

“In addition to having no choice but to rent houses which are inhumane, Aboriginal people in remote communities have also had to contend with the accusations of rental debts,” Dan Kelly, a lawyer for Australian Lawyers for Remote Aboriginal Rights, said.

The Santa Teresa’s unpaid rent came to light in a counterclaim launched by Territory Families, Housing and Communities against residents in 2019.

The tribunal later dismissed the case due to a lack of evidence about how the debts of about $20,000 per household were calculated.

“It was extremely distressing for the people living in Santa Teresa, who were simply seeking to have their rental homes repaired to the legal standard,” Kelly said.

“The problem arose due to the complexity of the rental system, and poor record keeping and administration by the department.”

Kelly said the residents maintained they paid their rent and had no knowledge of the debt until they took legal action to try and improve their living conditions.

Grata Fund said that questions remain about the Territory Families, Housing and Communities’ record keeping and the way the $69.7 million debt was calculated.

It has also highlighted the $800,000 allegedly spent by the NT government over the past 2.5 years fighting the Laramba and Santa Teresa residents in court.

In a statement, the department said the Remote Rent Framework had now replaced the previous system that was confusing for tenants and challenging to administer.

“The framework is simple, easy to understand and has built-in safeguards to protect people from rental stress should the rent tenants pay exceed 25 per cent of household income,” a spokesman said.

Work on the new system started in 2018 with key stakeholders, including a working group with leaders from the housing sector.

“Tenancy officers have gone door-to-door across more than 80 communities to provide information to tenants about the new framework,” the spokesman said.

“This consultation included letting tenants know they no longer need to pay bond and that any historic rental debt up to 11 December 2021 would not be pursued.”