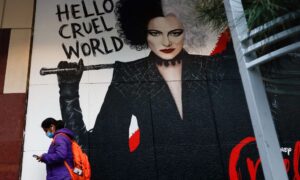 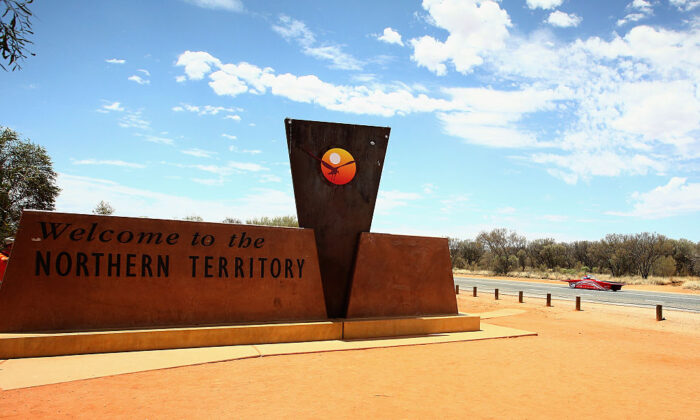 The border between the Northern Territory and South Australia outside of Kulgerra, Australia on Oct. 20, 2015 (Mark Kolbe/Getty Images for The World Solar Challange)
Australia

Greater Darwin and the town of Katherine in Australia’s Northern Territory have entered their first full day of lockdown after a single infection was discovered.

Over 150,000 residents were plunged into a 72-hour lockdown from Aug. 16 midday after a U.S. traveller spent four days in the community.

The man in his 30s travelled to Darwin for work last week on Aug. 12, travelled to the Hilton Hotel via taxi, before spending three days in the city, and then travelling to Katherine.

Northern Territory Chief Minister Michael Gunner said the man was cooperating with authorities. However, Gunner would not reveal whether he was vaccinated or not.

The man’s taxi and Uber drivers have been deemed close contacts.

He has been moved to the National Centre for Resilience in Howard Springs and is presumed to have the Delta strain of COVID-19.

Numerous sites across Darwin have been listed as exposure sites, including Outback Steaks and Curry.

Residents were given 90 minutes’ notice of the three-day lockdown and must remain at home except for five essential reasons, including grocery shopping, medical treatment, exercise (restricted to one hour per day and within 5km of the home), and to provide care to others.

Thousands of visitors are currently in the region for the Darwin Festival, which has been suspended.

The lockdown places another segment of the Australian population under restrictions amid extended or snap lockdowns in New South Wales, the Australian Capital Territory, and Greater Melbourne.

Greater Sydney has been in lockdown since late June, with the stay-at-home orders then being extended for another four weeks on July 28. Police have also been granted greater powers to compel compliance from residents.

Meanwhile, Victorian Premier Dan Andrews has rolled out tougher measures in Melbourne, including curfews and bans on public playgrounds, as part of a two-week extended lockdown.

The lockdown was initially planned for one week from Aug. 4; however, this was extended after eight infections were found. It was the sixth lockdown placed on Victorians.

Ian Hickie of the University of Sydney’s Brain and Mind Centre said Melbournians are currently in a “prolonged chronic stress situation” due to ongoing lockdowns, which was resulting in less compliance to the restrictions compared to 2020.

“In the face of what appears to be ineffective government action and confusion … people don’t want to remain helpless and tired,” he told ABC.

“They act to feel better and they act in ways they believe are appropriate. They believe they are low risk and they are doing things that actually help them to get by.”