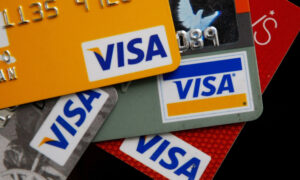 The Northern Territory has declared seven more Sydney postcodes to be coronavirus hotspots in the wake of emerging cases across the harbour city.

Anyone from them or Sydney’s northern beaches arriving in the Territory must complete 14 days of supervised quarantine.

Acting Chief Minister Nicole Manison said Sydney hotspot residents already in the NT and who arrived on or after Christmas Day must also self isolate for two weeks and get tested.

“This is based on the latest advice from our medical professionals and after assessing the situation in NSW,” Manison said.

“This is also a reminder to Territorians that if you travel interstate and things change, that we will be acting swiftly. This is just the COVID-19 world that we live in now.”

“I note that it’s small numbers but it’s the uncertainty about where people have been and the spread that might have occurred,” he said.

Also on Wednesday, NT authorities said a second crew member on the Diamantina cattle export ship berthed in Darwin had tested positive for COVID-19, with suspicions a third was infected.

The possible two new cases follow the confirmed infection of a 25-year-old crewman on Monday. Authorities said the second case involved a 35-year-old man while a 36-year-old man will require further testing for what might be an old infection. Both are in isolation in Royal Darwin Hospital.

The Diamantina arrived in Darwin from Indonesia on Sunday night.

The majority of other crew have been transported to a separate section of the Howard Springs quarantine facility.

They will complete 14 days of mandatory supervised isolation unless the Diamantina’s operators elect to leave Darwin sooner, in which case they will be escorted back to the ship.

Some crew members are required to remain on board the Diamantina to comply with international maritime law. Testing will be undertaken and they are required to stay on board in self-isolation.

Those who came into contact with the ship will also be placed into isolation. However, they were wearing personal protective equipment when boarding the vessel and did not contact the infected men.

Health Minister Natasha Fyles said there was no indication anyone had breached Territory public health orders.

“We’ve certainly had very strong compliance to date and authorities have been appropriately engaged, whether it’s from Health, Maritime Safety or from police,” he said.

The latest case takes the total number of infections diagnosed in the NT to 76.