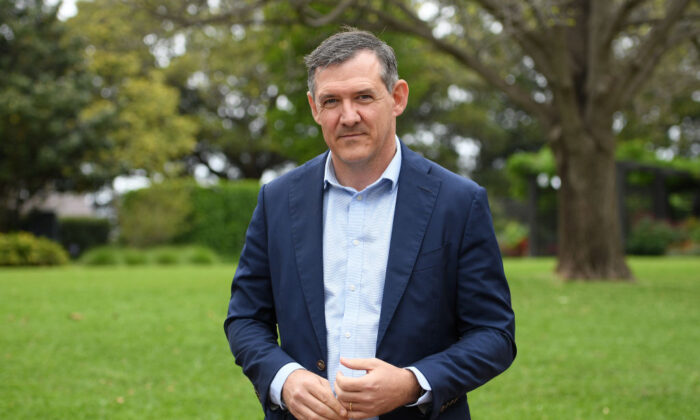 Australia’s Northern Territory (NT) chief minister, Michael Gunner, resigned from office on Tuesday, saying his heart is no longer in the job but rather focused on family.

After having just handed down the 2022 Northern Territory Budget, Gunner said his government was seeing stronger economic growth, more jobs, and a better bottom line in the territory. He said this demonstrated that the foundations for the NT’s future prosperity are set, and the path back to budget surplus is solid.

“The Territory is in safe hands, and that’s given me plenty of comfort as I came to a difficult decision in recent days,” he said. “It’s no secret that the last few years have been intense. It’s taken a lot out of me like it has for plenty of us.

“Add to that a heart attack and a couple of kids, and it has caused me to reflect a lot over the past few weeks while preparing for this budget,” he said.

Gunner continued that he’s always given 100 percent, and anything less would be shortchanging the people who voted him to office, but he can no longer look Territorians in the eye and say he can keep giving 100 percent every day.

“I don’t need a second near-death experience to know that life is unpredictable and can be cut short.”

Gunner said that the defining moment was when he held his newborn son, Nash, for the first time.

“Game over. I knew straight away that I was done,” he said, adding that while 46 is young for a politician, it’s quite old for the father of a newborn and toddler.

“And that’s who I want to spend more of my time with now for as long as I can,” he said.

The first-ever NT-born chief minister, Gunner said that the NT is a place of potential and possibility for anyone, citing his story of growing up in public housing, stacking shelves to put himself through university, and going on to serve as chief minister as an example.

Deputy chief minister, Nicole Manison, said Gunner had a strong vision of how he could make the NT a better place.

“And I think Michael will leave an outstanding legacy of being a transformative chief minister, somebody who has set the foundations economically and socially, so our kids grow up with more opportunities…,” she said.

When asked if he had any regrets, Gunner said the “big thing undone” is that back in 2016, his government promised to put the economy back in surplus, whereas, in this budget, it only gets back to balance, so the task of surplus falls to the next chief minister.

“We’ve done a lot of work, a lot has come our way, the GST cuts, the pandemic, but it’s an extraordinary budget, and I can see a clear, credible, achievable path to surplus,” he said.

Gunner was criticised and even received death threats at the height of the pandemic due to strong COVID-19 health measures, including lockdowns, lockouts of unvaccinated Territorians, and vaccine mandates that required the vast majority of NT workers to get the jab or lose their job.

However, he defended his government’s actions, saying they had to make some extremely tough decisions and talked extensively with stakeholders before following through.

“The pressure that we got in and around borders was immense…but we just had the confidence that we were making the right decision that was going to save lives and genuinely save jobs.

“So for me, no regrets. That was just an insane, intense period,” he said.

Despite stepping down after nearly six years in the top job, Gunner will continue to serve as the local member for his electorate, Fannie Bay in Darwin, while deputy chief minister, Nicole Manison, will serve as acting chief minister until the caucus meets on Friday to determine a new leader.