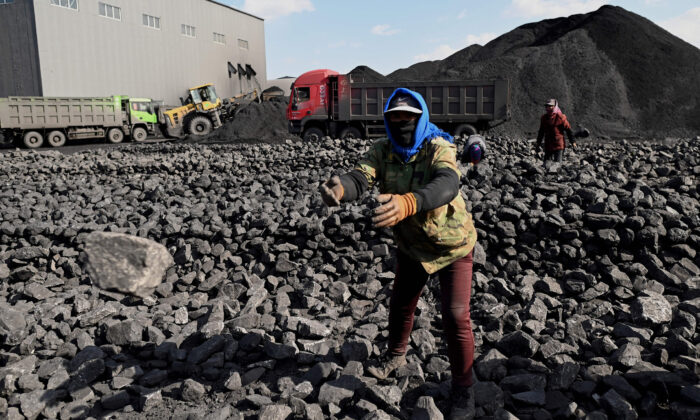 Officials in a northern Chinese district banned residents from burning coal or wood for heating—even if it was well below the freezing point—ahead of the Beijing Winter Olympic Games.

Local officials had imposed a district-wide ban on coal burning, transportation, storage, and sales, since July 20, read an online notice, with an official seal of the district government on it.

There were reports of residents who could not afford natural gas or electric heating and struggled to warm themselves by wearing additional clothes indoors.

The move is part of China’s clean energy drive to battle pollution and secure a “green” Games in Beijing and the province, showing that the two regions have deemed running a smog-free Olympics as a political task to fulfill.

The Beijing Winter Olympic Games is set to open next year on Feb. 4 and last until Feb. 20.

Economist Wang Jun, former director of the International Division at the Unirule Institute of Economics, told The Epoch Times on Dec. 28 that the curbs on coal and wood were meant to “guarantee the blue sky” needed for the Games.

“That’s why current harsh measures are in place,” said the expert.

Meanwhile, Wang noted that an average family couldn’t afford a gas or electric heating alternative due to the high costs.

A resident of Hebei Province surnamed Wang told The Epoch Times that a large portion of residents are hesitant to replace coal with natural gas or electricity over financial concerns.

The fresh move would significantly impact the elderly people in rural communities as they don’t enjoy pensions, he noted.

Another interviewee surnamed Wei did not think much of coal burning as a source of pollution.

“Rural residents burn coal or charcoal for heating for generations,” said Wei. “Instead, iron plants are much bigger polluters.”

“To seek a shiny job performance, they would act on impulse and do whatever they like.” Wei believes local policymakers don’t really care about ordinary citizens’ livelihoods. He said their actions are “far from scientific or humane.”

Additionally, Wei warned the coldest days—up to 9 degrees Fahrenheit—were yet to come.

Chien-Fa Yen, deputy executive officer of Taiwan Foundation for Democracy, told The Epoch Times that Beijing’s ambitious policies may backfire on it.

“People would lose trust in you [the Chinese Communist Party] if you erode their livelihoods or winter heating,” the expert said.

Yen, also a professor at the Department of Business Administration of Chien Hsin University of Science and Technology, said such government practices would fuel outcry in media outlets and against lawmakers, if it were to take place in democracies like the United States and Taiwan.

After the harsh ban went viral in state outlets, Liu Youyou, head of Shanhaiguan district, promised to roll out new incentives for residents. However, he did not mention any potential negative impact on residents’ lives, nor did he announce immediate withdrawal of previous measures.

Luo Ya and Ning Haizhong contributed to this report.