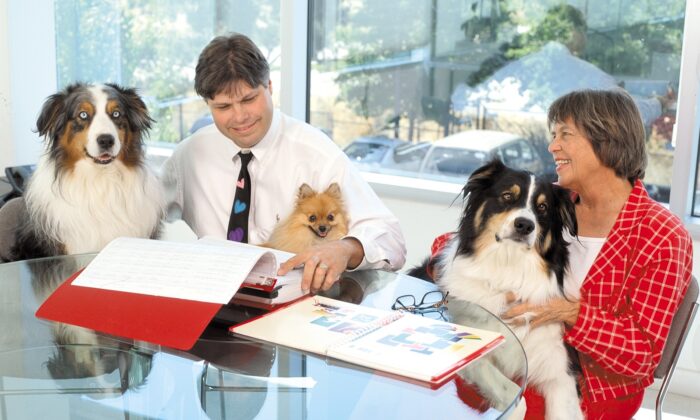 A beloved sticker company from Petaluma, California, is joining the exodus from the state.

Jason Grossman, president of Mrs. Grossman’s Paper Company, said he doesn’t like the state’s policies, high taxes, and stances on social issues, so the company is moving to Utah. Since 1979, it has been producing stickers and creative products for the young and old worldwide.

The son of company founder Andrea Grossman, Jason is now running the company. He told NTD Television that the past two years have been challenging with the COVID-19 pandemic lockdowns, causing the company to lose 30 percent in sales.

“I’m not happy with the way the government is going right now. I’m tired of the taxation, I’m tired of all the crises we have, roads being one of the big ones I have,” Jason Grossman said. “I go all over the country. Our roads are just pathetic. It’s embarrassing. And I don’t see how they’re ever going to fix it. Every road you go on, it’s got potholes.”

The state’s policies and high taxes also contributed to his decision to move.

“I’m just throwing money at it. [They’re] taxing me more, and I just don’t feel I’m getting any bang for my buck. I feel I’m just the piggy bank to them,” Grossman said.

On Jan. 10, California Gov. Gavin Newsom proposed to have universal health care for all Californians, including illegal immigrants. The plan would rely on a gross receipts tax, a payroll tax, and a personal income tax on those earning above $149,509 to fund the single-payer health care system.

“I pay $1,000 a month for health care. Why does someone who never contributed to this country or the state, come in to get free health care? I think that’s ridiculous,” Grossman said.

Now, the Bay Area-based company is moving from Petaluma to Kanab, Utah, a small town north of the Arizona state line. Grossman said he has a summer home there.

But he’s not planning for retirement.

“I’m actually doing the exact opposite. I’m going to keep the company going. I bought a warehouse down there for, honestly, almost 75 percent cheaper than here, and I’m going to do the stickers in there,” Grossman said. “But I’m also going to open a museum featuring Americana, Western history, and I have a large muscle car collection. So we’re going to do something we enjoy to do.”

His 89-year-old mother still lives in California, so he’ll return to visit regularly. He’s planning to pass the company on to his stepson.

The company’s equipment is getting packed into trucks for the move to Utah, where unloading is expected to start on Jan. 19. Until things settle down, the California store will remain in operation for a few more months.