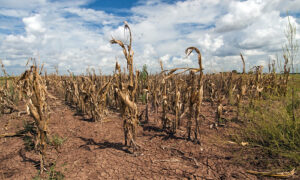 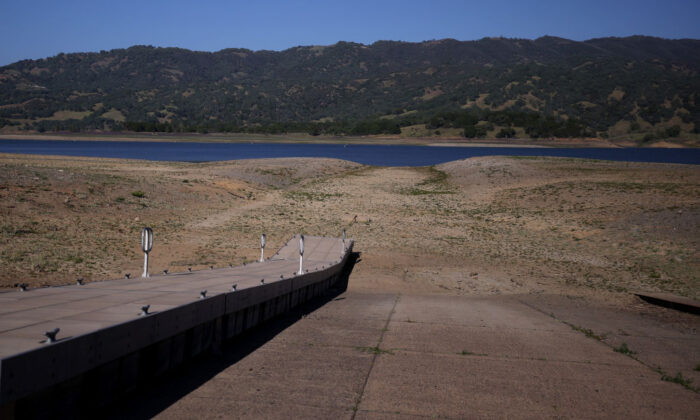 One of Northern California’s tourism hot spots faces a water shortage that threatens to shatter businesses as visitors from across the state flock to the county.

Wells are drying out in Mendocino County amid the raging state drought. As water prices are expected to increase, small business owners will suffer as restaurants and inns may not be able to able to cover the costs of running water.

Meredith Smith, owner of Mendocino Café told The Epoch Times the county has placed porta potties around restaurants as they begin to conserve water by closing their restrooms.

“You can’t have a tourist destination where you are trying to promote giant barbeques, wine tastings, and everything you’re doing to get people to come here, and then not have any place where they can use the bathroom,” she said.

“At this point, the Mendocino City Community Services District has initiated water rationing, 25 percent less allocated from our individual wells.”

Restaurants have also been ordered to not serve water to customers unless they request it.

“Many businesses are running out,” Smith said. “Some [bed and breakfasts] are leaving rooms empty for both lack of staff and lack of water.”

A child walks across cracked earth that used to be the bottom of Lake Mendocino on April 22, 2021, in Ukiah, California. (Justin Sullivan/Getty Images)

As residents and business owners worry about the fate of the county’s lack of water infrastructure, county officials attempt to navigate through uncharted territory.

Ted Williams, Mendocino County Supervisor told The Epoch Times the county has been supporting businesses by placing porta potties for visitors to use as water hauling prices surge.

“Our measures are small band-aids, relative to the problem at hand, and it’s progressing quickly,” Williams said. “It’s getting bad now, but four to six weeks from now, we may have businesses shutting down due to not having any water—you can’t operate a restaurant or an inn if you don’t have water in, and at $1,225 a tank load, it’s unlikely they can make it work economically.”

Currently, Williams said the county is hauling in water trucks at a rate of about $400 per tank load. As the water supply decreases, the next residence that runs out of water will have to pay over $1,000 to receive water from a source in Ukiah, which is roughly 50 miles away.

“The last estimate I had from one hauler was $1,225 for a tank load of water that would last an average family of three who are trying to conserve water for about three weeks,” he said. “The fear is hauling water, besides the fact that we don’t have adequate infrastructure, has a huge transportation cost.”

To keep up with the demand of tourists, the hospitality industries will need to be innovative on how they can save and access water.

While the current state drought is anticipated to leave many without water, this is not the first time Mendocino has experienced a dry spell and a declining water supply.

Williams said compared to the drought in 1977, the current drought is much worse.

“In a normal year, the county receives water from Fort Bragg until about late fall. This year, the water supply was cut off months earlier in mid-July as the demand failed to meet the supply,” Supervisor John Haschak told The Epoch Times.

“We’ve got a serious crisis,” he said. “Especially looking at the long-term climate situation where drought is going to be a more common factor in California.”

Despite county knowledge of the fragile water infrastructure, for decades, officials have not implemented long-term solutions. During droughts, county urgency rises, but once a drought is over, the conversation would end, Williams said.

Consequently, Mendocino hopes to receive more aid from the state. Currently, the state is supplying the county with water bottles, but Williams hopes there will be more federal assistance that subsidizes water hauling or provides a portable desalinization plant.

“My time in office has gone from the fires to the pandemic to a drought,” he said. “I think the drought for some people is the worst because imagine you got a kid trying to brush his teeth and there is no water, tries to flush the toilet—there’s no water—and the family can’t afford to have a truck deliver it even if it’s available.”

Williams confirmed that these situations are already occurring throughout the county, with the most vulnerable being hit the hardest “with another shutdown.”

“It’s not even clear that we can get through it this winter unless we have an atmospheric rain,” Williams said. “Maybe the next year is even more pronounced. Droughts often come in multi-year reductions in rainfall.”