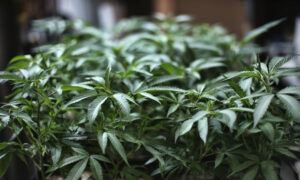 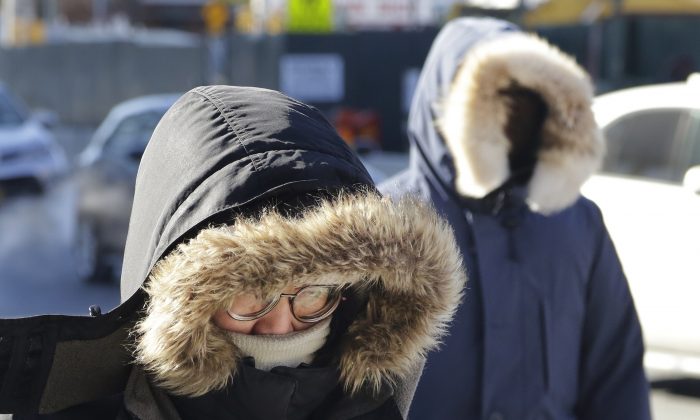 People are bundled up as they walk in cold weather, on Feb. 14, 2016, in the Queens borough of New York. Bitter temperatures and biting winds had much of the northeastern United States bundling up this weekend. (AP Photo/Mark Lennihan)
US

Northeast Wakes up to Record Cold for Valentine’s Day

NEW YORK— Much of the northeastern United States found itself in the not-so-warm embrace of teeth-chattering, record-shattering cold on Valentine’s Day.

The National Weather Service said the temperature in New York City’s Central Park fell to minus-1, a record low for the date. The last time it got below zero in Central Park was in January 1994.

“I’m dumb enough to do this,” exclaimed John Male before starting a 12-mile park run on Sunday morning.

“I just always come out and I just decided not to do anything differently” — except to wear a furry tiger hat over his winter hat, in addition to four layers of clothing.

In Montpelier, Vermont, the overnight temperature hit minus-19, tying a record set in 2003.

Temperatures were expected to climb before a winter storm already bringing snow to the Midwest moves into the region for the start of the work week. That storm was expected to bring at least a couple inches of snow in some areas, plus possible icy conditions to the Mid-Atlantic and the Northeast on Monday.

The storm was expected to bring 5 inches of snow to parts of Kentucky and up to 6 inches to parts of Tennessee before turning to rain.

Weather service meteorologist Jay Engel said New York City will emerge from the record-breaking cold by Sunday afternoon. But whoever ventured out between Saturday evening and Sunday morning was hit by wind gusts that in some spots reached 40 mph, bringing the wind chill to at least minus-20.

In parts of New England, shelters opened for residents who lost power and were left without heat. About 8,000 customers were without power Sunday morning in Lynn, Massachusetts. About 1,400 people lost power in Vermont’s Northeast Kingdom, where temperatures dropped to 20 below on Sunday, and officials opened municipal buildings to help chilled residents.