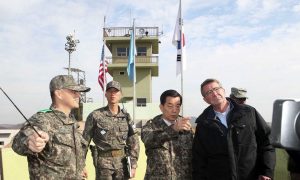 US, South Korea Pledge to Strengthen Defenses Against North
0 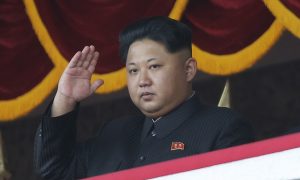 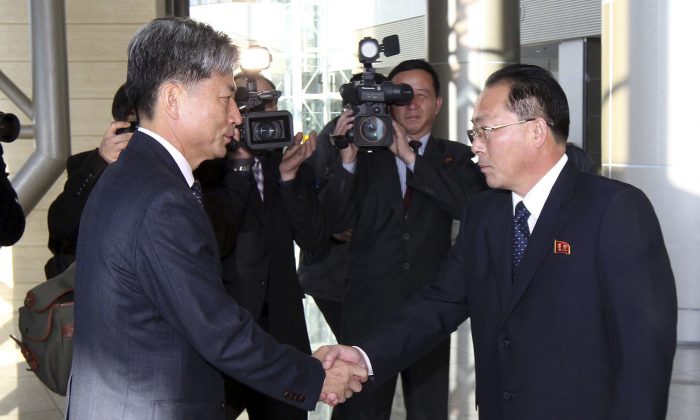 SEOUL, South Korea—Two days of high-level talks between North and South Korea ended Saturday with no breakthroughs, South Korean officials said, leaving mixed signals about reconciliation efforts the rivals have made since stepping away from a military standoff in August.

The meeting of vice-ministerial officials in the North Korean border town of Kaesong was not expected to produce any substantial results, but it was still considered a sign that the rivals were working to keep alive an atmosphere of dialogue—something they’ve often failed to do in the wake of conflict.

After the talks stretched into the evening on Saturday, as they had done on Friday, they ended without any statement from either side. The countries also failed to fix a date for a further meeting among senior officials, which analysts said raised the likelihood of a setback in their relations.

During the talks, South Korea demanded that the North commit to more reunions between aging family members separated by the 1950-53 Korean War or allow them to communicate through letters, said Hwang Boogi, South Korea’s vice minister of unification and head negotiator for the talks.

North Korea, however, maintained that it couldn’t further discuss the separated families issue without the South agreeing to restart joint tours to the North’s scenic Diamond Mountain resort. The South refused, causing the talks to end, Hwang said. The tours were a valuable source of hard currency for the North before Seoul suspended them in 2008, following the shooting death of a South Korean tourist.

“Our government still maintains its basic stance to cultivate a normal relationship between the South and North, and continue dialogue with North Korea with an open mind,” Hwang told reporters.

More than 19,700 Koreans have met at the temporary family reunions that have been held irregularly between the rivals since 2000, including nearly 1,000 at the latest meetings at Diamond Mountain in October. None of them has been given a chance to attend a second reunion because the Koreas bar their citizens from visiting each other and exchanging letters and phone calls without special permission.

South Korea has called for more participants and more regular reunions, as thousands of people who had been on the waiting list have already died and many others have entered their 80s and 90s, but the North has refused to oblige.

Analysts say North Korea fears that its citizens will become influenced by the much more affluent South, which could loosen the government’s grip on power. The reunions are also considered a coveted North Korean bargaining chip in negotiations with South Korea.

Expectations for the talks on Friday and Saturday dropped last month when, in preparatory negotiations, the sides settled for a meeting at the vice-ministerial level. This likely ruled out meaningful discussions on key issues such as the denuclearization of the Korean Peninsula.

Still, any negotiations between the rivals, who are separated by the world’s most heavily armed border, were considered an improvement upon the situation in August, when they threatened each other with war over land mine explosions that maimed two South Korean soldiers.

The standoff eased after marathon talks and an agreement on efforts to reduce animosity. Those included a resumption of talks between senior officials and the round of reunions for war-separated families that were held in October.

Analysts say quick improvements in ties are unlikely because the rivals remain far apart on major issues, including Pyongyang’s nuclear weapons ambitions and the broad economic sanctions the South has imposed on the North since 2010, when Seoul blamed a North Korean torpedo for a warship sinking that killed 46 South Koreans.

“It seems that the negotiators thought it was meaningless for them to continue talking when there was such as large gap between their views,” said Koh Yu-hwan, a North Korea expert at Dongguk University in Seoul.

The Korean Peninsula remains technically at war, because the Korean War ended with an armistice, not a peace treaty.