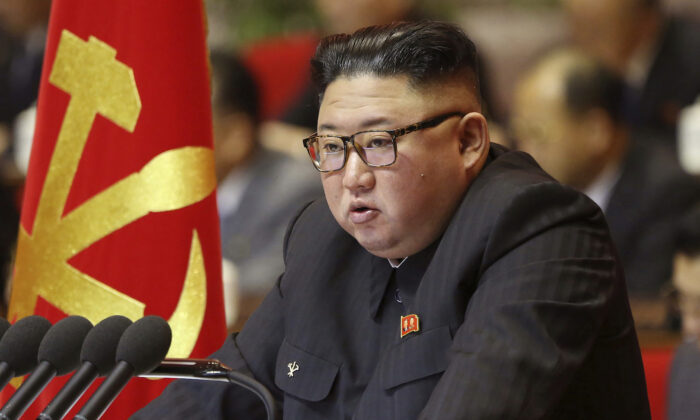 North Korean leader Kim Jong-un demanded “absolute loyalty and allegiance” from the military force and vowed to bolster the country’s defense capabilities in response to the “destabilizing situation” on the Korean Peninsula.

Kim was speaking at the Workers’ Party’s five-day plenary meeting on Friday, which coincided with his tenth year anniversary of ruling since his father’s death in 2011.

“The increasingly unstable military environment on the Korean Peninsula and international politics have instigated calls to vigorously push forward with our national defense build-up plans without any delay,” Kim was quoted saying by the official Korean Central News Agency.

South Korea has been pushing for a declaration to end the 1950–53 Korean war, which ended in an armistice, as a way to ease tensions on the Korean Peninsula. However, North Korea insists that any formal treaty to end the war must first be preceded by an end to U.S. “hostilities” toward Pyongyang.

In response, the United States reiterated that it holds “no hostile intent” toward Pyongyang and expressed willingness to meet with North Korea for negotiations without preconditions.

While Kim spoke of “principled issues and some tactical directions to be maintained in inter-Korean relations and foreign affairs,” the North Korean leader made no mention of his country’s dealings with the United States and South Korea in his speech.

He noted that North Korea would continue to build up military capabilities and develop “high-tech weapon systems” in response to the instability on the Korean Peninsula.

Kim also directed officials to prioritize anti-pandemic emergency campaigns, stating that any incompetence and loopholes would not be tolerated.

As for North Korea’s economic development, Kim described this year’s development objectives as “a great life-and-death struggle” that must be achieved, citing progress in various industries such as agricultural, construction, electricity, and other sectors.

North Korea’s economy has suffered major setbacks in the past two years due to pandemic-caused border shutdowns, persistent U.N. sanctions, and the fallout from natural disasters.

According to South Korean estimates, North Korea’s trade with China, its biggest trading partner and an economic pipeline, shrank by about 80 percent in 2020 before it plunged again by two-thirds in the first nine months of last year.