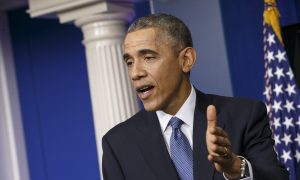 What More Can US Do to Punish North Korea?
0
Share Now
TelegramFacebookTweetEmailTellMeWeReddit
Copy Link
Tech

Last year, U.S. officials were quick to blame North Korea for being responsible of the cyberattack on Sony Pictures without offering a lot of details
By Potoroaca Adrian
biggersmaller
Print

Last year, U.S. officials were quick to blame North Korea for being responsible of the cyberattack on Sony Pictures without offering a lot of details on exactly how they arrived at that conclusion.

The accusations were met with skepticism by security professionals, and the investigation was mocked by the very same hackers who claimed to be the authors of the hack, a group named Guardians of Peace.

In a speech at the International Conference on Cyber Security in New York, FBI Director James Comey chose to explain why the Bureau is so confident with its assertions. He continued to dismiss any suggestions from critics, saying that “they don’t have the facts that I have, they don’t see what I see.”

Comey said to the guests that the hackers provided key evidence themselves, because sometimes they “got sloppy” and failed to use the proxy servers that were supposed to hide their identity when they were posting different materials and messages.

The Bureau has traced the direct connections and claims that they all point to a set of IP addresses used exclusively by the North Korean government.