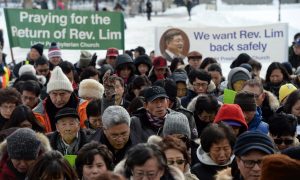 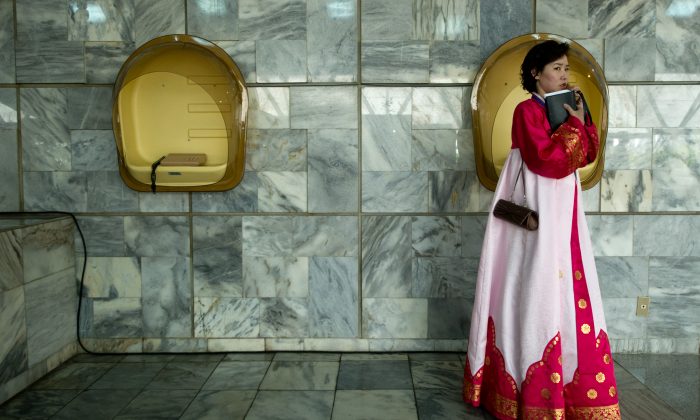 North Koreans are at risk of being sent to political prison camps or other detention facilities for making phone calls to their loved ones abroad.

According to a recent report by Amnesty International, some North Koreans have state agents knocking on their doors a few months after the international phone calls are made.

The human rights group said some people in the country have used illicitly traded mobile phones to communicate with their loved ones who have fled abroad. Most of the devices used are called “Chinese mobile phones.”

The influx of these illegally imported mobile phones and SIM cards has been on the rise, although not all of the cell phones come from China. People usually obtain the devices by bribing soldiers at the border, or by paying someone—a broker—who owns an illegally traded phone to set up the call. Having a phone allows North Koreans living near the Chinese border to pick up Chinese mobile networks.

State agents told North Korean Choi Ji-woo that her parents had died trying to flee the country, but months later a broker claimed to have a letter from her father. She was able to reach her loved ones through the broker. She told Amnesty International: “When the broker made the call and I heard my dad’s voice, I just thought: ‘He’s alive, he’s alive!'”

In North Korea, it is not illegal to make calls abroad, but the private trade of communication devices from other countries is unlawful. Those who make calls on “Chinese mobile phones” may face criminal charges, including treason if they communicate with an individual in South Korea or other countries seen as enemies by North Korea. They may also face lesser charges that could include brokerage or illegal trade.

The report also detailed the hassle that North Koreans go through to obtain the phones and make the calls. Many try to avoid being caught making the calls by keeping the conversations short and using fake names. They also travel to remote, mountainous areas to minimize the chance of getting caught using the phones by government officials.

However, the report stated that the North Korean government has tightened their control on those trying to communicate abroad by importing modern surveillance and detection equipment and using signal jammers near the Chinese border. The country’s State Security Department has also designed a special unit called “Bureau 27.”

A North Korean woman who was arrested for using a “Chinese mobile phone” said agents had an antenna-shaped monitoring device with blinking red lights.

“They said it was a detection device. When the Bureau 27 agents came to arrest me they took off their coats and there were these electric cords strapped around their body,” she told Amnesty International.

According to a North Korean woman, in a bad case, a person could expect a long prison term. For a lesser case those caught would be imprisoned for one to two years, while most of the people were able to get out with a bribe.