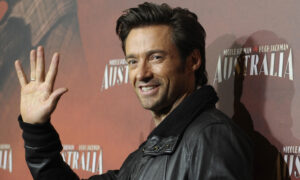 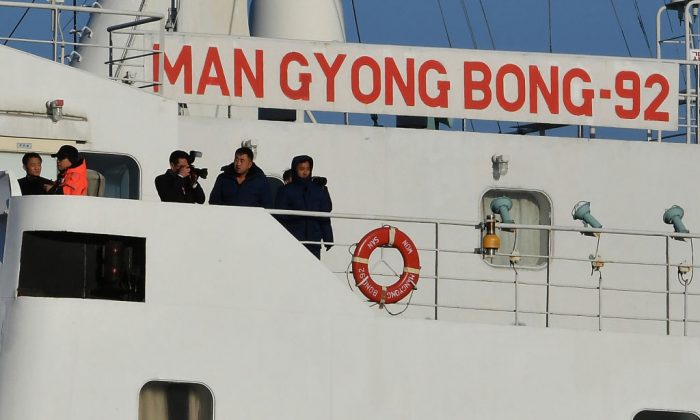 North Korea’s Winter Olympics trip may already be testing international accord on how to handle the rogue nuclear state—over a request to fuel a ship carrying a troupe of artists.

South Korea had already temporarily waived its own ban on North Korean ships in its waters after North Korea requested its troupe travel in on the ferry, where they will also stay during their visit.

Supplying fuel to the North Korean vessel would be in violation of the U.N. sanctions agreed in December.

The troupe arrived on Tuesday, Feb. 6, in an eastern port in South Korea.

While the 114 members of the art troupe traveled by sea, another delegation of 280 (including 229 members of a state-trained cheering group) traveled the following day via a land border.

Twenty-two members of the Olympic squad will compete in the games.

“We will closely discuss with the United States and other related nations the matter of providing convenience to the Mangyongbong ferry so that no problem regarding sanctions would occur,” Baik said, according to ABC.

North Korea hastily decided to lift its self-imposed embargo on the games following the ramping up of international sanctions designed to reign in North Korea’s accelerating nuclear program and threats.

Although the United States has always refused to take military options off the table, it has responded to the dialogue between the North and South with lukewarm caution.

“Without our attitude that would have never happened,” President Trump said in an interview with the Wall Street Journal in January. “Who knows where it leads. Hopefully it will lead to success for the world—not just for our country but for the world, and we’ll be seeing over the next number of weeks and months what happens.”

Some analysts believe the Olympics may turn out to simply be a wedge used by North Korea to prise apart the international accord that had forged U.N. sanctions in December.

The simple request for fuel could test this theory.

The U.N. Security Council in December 2017 adopted sanctions that include a cap on exports of such goods to the North to 500,000 barrels per year.

“It’s complicated because North Korea‘s sovereignty extends to Mangyongbong-92 and providing fuel to the ship must be done in consideration of the current sanctions imposed on the North,” Kim Yong-hyun, a professor of North Korean studies at Seoul’s Dongguk University, told the Korean Herald.

In providing food to the North Korean deligation, South Korea is already having to to be careful not to violate U.S. sanctions that ban the delivery of American goods and services to North Korea.

The ministry initially said it is likely to provide food, fuel, and electricity to the North when Mangyongbong-92 anchors at the South Korean eastern port of Mukho.

According to Yonhap the ministry later revised this comment, saying the North did not ask for detailed services and nothing specific has been decided.

Many remain cynical about the games being a sign of progress.

“Don’t get deceived by all this about sending people to the Olympics, these are just gestures to confuse,” Shogo Toyota, the Japanese government’s senior co-ordinator for Japan-US security affairs, told the Independent on Feb. 5. “What we do know is Kim Jong-un intends to finish his nuclear project and his missile project as well, what they are presenting now is a false dialogue. They are trying to drive a wedge between South Korea and the allies.”