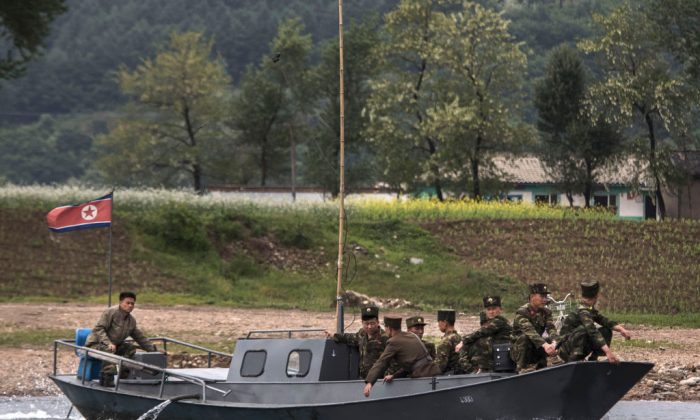 Chief Cabinet Secretary Yoshihide Suga gave details of the event at a news conference, AP reports. He said the incident occurred on July 14, 310 miles off Japan’s north coast. The area is considered a lucrative fishing area and Japan’s authorities regularly patrol the area for illegal activity.

Japan filed a complaint with the North Korean embassy in Beijing. Suga refused to discuss why the vessel was in Japan’s waters and what its intentions were in chasing away the Japanese vessel. He only mentioned its illegality.

#Japan An armed #NorthKorea n boat chased a #Japanese vessel and pointed a gun at it, #Tokyo complains https://t.co/cLQatJRru3 pic.twitter.com/DVg3qYeZb8

Having more details about whether an armed North Korean ship was doing more in Japanese territory beyond simply fishing for squid would answer questions on if the action was related to spiking tensions in the region.