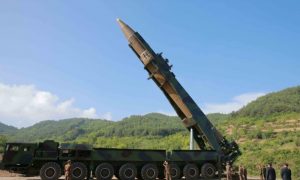 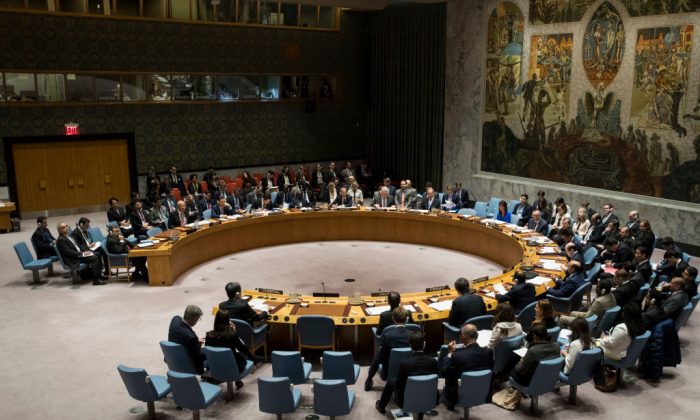 If those sanctions take hold, they could cut the dictatorship’s critical coal exports by a third.

North Korea’s official news agency described the sanctions as a “heinous plot” and a “violent violation” of its sovereignty.

Vowing retaliation, the regime said it would make America pay “thousands of times.”

The sanctions come in response to a July 28 launch of an intercontinental ballistic missile capable of reaching much of the United States.

Coal exports to China account for a major portion of North Korea’s total exports, valued at $3 billion for 2016.

Past sanctions, however, have struggled to make the impact they should have due to Chinese companies illegally importing that coal, notes a 2014 paper from researchers at Harvard University.

“The North Korean regime is using coal in tremendously sophisticated and strategic ways to thrive despite economic sanctions, and private Chinese trade companies are knowingly or unknowingly playing a critical role,” wrote the authors.

They noted that in 2013, North Korea eclipsed Vietnam to become the world’s No. 1 exporter of anthracite, the highest ranked type of coal.

Due to the somewhat chaotic enforcement of regulations in China, or lack thereof, sanctions can be difficult to enforce.

China’s unilateral ban on North Korean coal imports earlier this year appears to have been largely ineffective. That ban was a response to the February assassination of Kim Jong Un’s older brother, who had been living under Chinese protection.

If the sanctions work, they could be a crippling blow to the North Korean economy.

U.S. Ambassador to the United Nations Nikki Haley called the resolution the largest sanctions package the North Korean regime has ever faced and  “the most stringent set of sanctions on any country in a generation.”

Speaking to Fox News’ Haley said that the sanctions effectively “kicked them in the stomach.”

China’s support for the ban was also welcomed by the United States and other allies even though China’s unilateral ban on coal imports from North Korea was to be in place until February 2018 regardless.

Chinese Foreign Minister Wang Yi urged the North to “maintain calm” despite the U.N. vote during a meeting with North Korea’s top diplomat in Manila on Sunday.

“Do not violate the U.N.’s decision or provoke international society’s goodwill by conducting missile launching or nuclear tests,” Wang said at the meeting of foreign ministers.

“We agreed that the international community needs to stick together and pressure North Korea, and to cooperate regarding this matter at the ASEAN meetings, ” he said.

“The two leaders affirmed that North Korea poses a grave and growing direct threat to the United States, South Korea, and Japan, as well as to most countries around the world,” reads a statement from the White House.

For its part, Pyongyang said it would never negotiate over its nuclear program as long as the United States maintained a hostile policy toward it.

In a transcript of a statement by Foreign Minister Rib Yong-ho, which was distributed to media in Manila on Monday, North Korea called the new sanctions “fabricated,” and pledged “strong follow-up measures.”

It also warned that its ICBM test last month put the entire United States in its firing range.