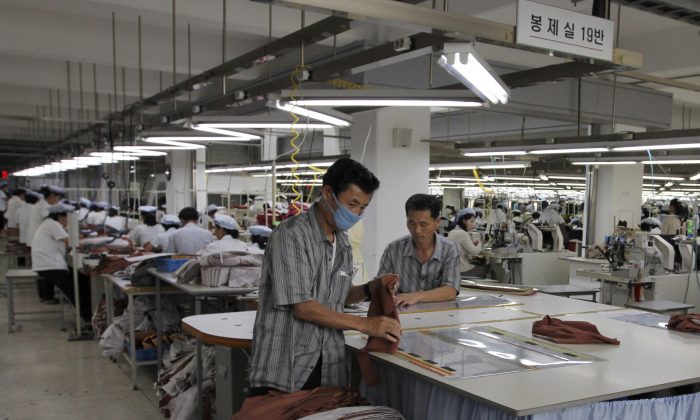 North Korea announced April 8 that it will shut down the Kaesong industrial complex. Closing the complex means pulling out more than 53,000 North Korean workers and cutting it’s most valuable economic link to South Korea.

The Kaesong industrial complex just north of the border with South Korea is the largest employer in North Korea’s third-largest city. Pyongyang first threatened to shut down Kaesong March 30, expressing anger over media reports that suggested the complex was the only source of hard currency for the impoverished country.

Shutting down Kaesong would only further damage North Korea’s weak economy. But North Korean leader, Kim Jong Un, seems more concerned with talking tough than for the well being of his destitute people.

This latest threat follows weeks of angry rhetoric coming out of North Korea after the UN approved a new round of sanctions against the country in early March.

Until recently North Korea’s threats were widely dismissed as empty by U.S. and UN officials.

The statement about Kaesong came from Kim Yang Gon, secretary of the Central Committee of the Workers’ Party of Korea. It did not say what would happen to the 475 South Korean managers still at Kaesong or whether the North Korean workers would be recalled immediately.

A South Korean manager at Kaesong said he had heard nothing from the North Korean government.

“North Korean workers left work at 6 o’clock today as they usually do. We’ll know tomorrow whether they will come to work,” said the manager, who declined to be identified because he was not authorized to speak to the media.

Yoo Ho-yeol, a North Korea expert at Korea University in South Korea, said the North probably will close the park. “North Korea will wait to see what kind of message we will send … but there is no message that we can send to North Korea,” he said.

Yoo said he expects the South Korean managers will be deported, Pyongyang will convert the park for military use, and the fates of the North Korean workers and their families will not be considered.

Seong-chang said the complex depends on raw materials and electricity from South Korea.

Daemyung Blue Jeans Inc., which does business in Kaesong, is trying to get in touch with its managers in Kaesong. CEO Choi Dongjin said. “We have seven (South Korean) workers in Kaesong. We don’t know what to do about them,” he said by phone from Seoul.

Kaesong is the last remaining vestige of cooperation and communication between the two counties.  Economic output from the complex was estimated at $470 million in 2012.