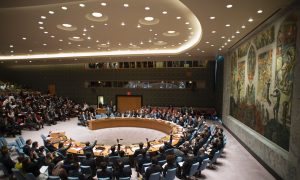 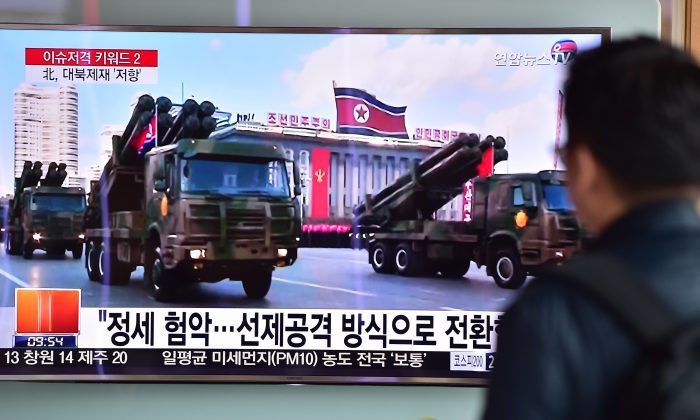 North Korea Threatens US, Says It Could ‘Burn Manhattan Down to Ashes’

North Korea made enormous threats Sunday, March 13, saying it could obliterate Manhattan by sending a hydrogen bomb to the heart of New York City.

“Our hydrogen bomb is much bigger than the one developed by the Soviet Union,” state-run media DPRK Today reported Sunday, according to The Washington Post.

“If this H-bomb were to be mounted on an intercontinental ballistic missile and fall on Manhattan in New York City, all the people there would be killed immediately and the city would burn down to ashes,” a nuclear scientist named Cho Hyong Il said, according to the report.

All the people there would be killed immediately and the city would burn down to ashes.
— Cho Hyong Il, nuclear scientist

Cho stressed that North Korea’s newly developed bomb “surpasses our imagination,” simply because it is more powerful in comparison to what the Soviet Union had.

“The H-bomb developed by the Soviet Union in the past was able to smash windows of buildings 1,000 kms [about 621 miles] away and the heat was strong enough to cause third-degree burns 100 kms away,” the report continued.

In January, Kim ordered North Korea’s fourth nuclear test and claimed that it was a hydrogen bomb, not a simple atomic one. However, most experts seemed to be skeptical of North Korea’s technical claims, observing that the seismic waves caused by the blast were much similar to those caused by the North’s three previous tests.

Then a month later, in February, North Korea launched a long-range ballistic missile.

It is hard to know if aspects of the model are truly implausible or simply that North Korean nuclear weapons look different than their Soviet and American cousins.
— Jeffrey Lewis, director of the East Asia nonproliferation program

Experts concluded that the U.S. West Coast might be next, but there aren’t any indications that North Korea could hit the East Coast, the Washington Post reported.

But Jeffrey Lewis, director of the East Asia nonproliferation program at the Middlebury Institute of International Studies at Monterey, thinks quite the opposite. He warned not to dismiss North Korea’s claims too soon.

“It does not look like U.S. devices, to be sure, but it is hard to know if aspects of the model are truly implausible or simply that North Korean nuclear weapons look different than their Soviet and American cousins,” Lewis wrote in an analysis for 38 North, a website focused on analysis of North Korea. “The size, however, is consistent with my expectations for North Korea.”