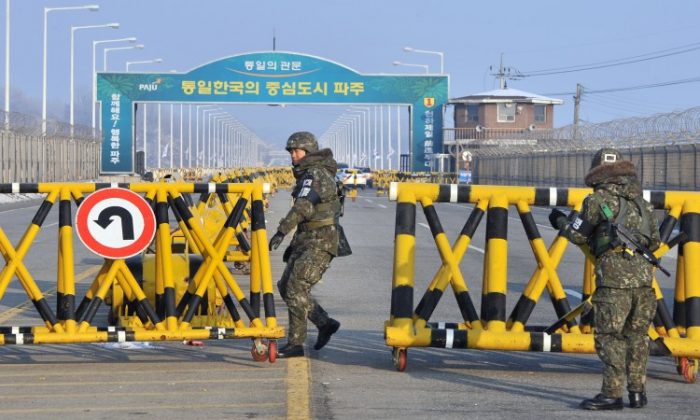 North Korea threatened to shut down an industrial complex that is seen as the last major symbol of inter-Korean cooperation March 30.

The Kaesong Industrial park is an economic joint venture between the North and South Korea, “designed to facilitate closer economic ties by allowing deep-pocketed South Korean firms to hire cheap North Korean labor in the labor-intensive garment and electronics sectors,” according to South Korean media Yonhap.

The industrial park has continued normal operations despite rising tension between the two countries and North Korea’s recent spate of inflammatory remarks.

The United States is taking the new threats seriously, according to a White House statment Saturday.

Pyongyang threatened to shut down the jointly run Kaesong industrial park, expressing anger over media reports suggesting the complex remained open because it was a source of hard currency for the impoverished North.

“If the puppet group seeks to tarnish the image of the DPRK even a bit, while speaking of the zone whose operation has been barely maintained, we will shut down the zone without mercy,” an identified spokesman for the North’s office controlling Kaesong said in comments carried by the Korean Central News Agency.

South Korea’s Unification Ministry responded by calling the North Korean threat “unhelpful” to the countries’ already frayed relations and vowed to ensure the safety of hundreds of South Korean managers who cross the border to their jobs in Kaesong.

2012 was a strong year for companies operating in the inter-Korean economic project zone, according to Yonhap.  Economic output was estimated at $470 million.