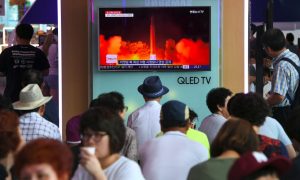 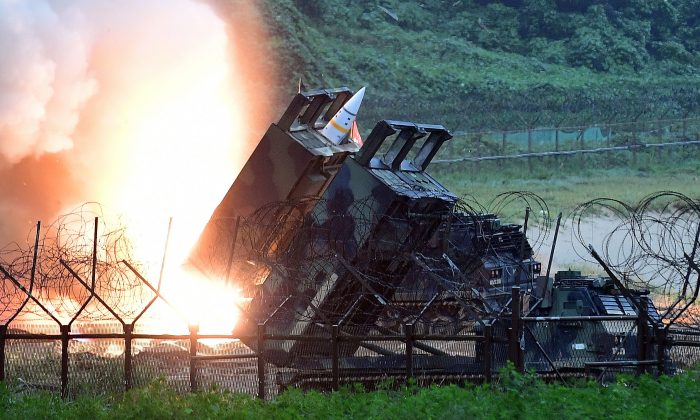 North Korea warned on Sunday, Aug. 20 that upcoming military exercises between the U.S and South Korea could lead to nuclear war.

Joint military exercises between the allies in the past have always infuriated North Korean leader Kim Jong Un.

The communist country said that the exercises constitute “reckless behavior driving the situation into the uncontrollable phase of a nuclear war”, CNN reported.

North Korean capital Pyongyang also announced that their army can target the United States at any time. They declared that Guam, Hawaii, and the U.S. mainland cannot “dodge the merciless strike.”

A North Korean statement said last week that Kim would “watch a little more the foolish and stupid conduct of the Yankees.”

Kim Jong Un claims that the joint drills between the allies are antagonizing, but both the United States and South Korea maintain they are conducted for purely defensive reasons.

Earlier this week, Aug. 13, Kim Jong Un decided to delay his decision to fire a missile at the U.S. island territory of Guam.

President Donald Trump praised the leader on twitter after the decision was announced.

“Kim Jong Un of North Korea made a very wise and well reasoned decision. The alternative would have been both catastrophic and unacceptable,” Trump wrote on Aug. 16.

North Korean media said their leader would wait for a U.S. response regarding the military drills before deciding to give the order to fire, Newsweek reported.

“The Ulchi-Freedom Guardian joint military exercises will be like pouring gasoline on fire and worsen the state of the peninsula,” said a statement in North Korea’s Rodong Sinmun newspaper.

Tensions between the two countries have escalated in recent months, stemming from North Korea’s nuclear tests coupled with announcements claiming they have developed an Intercontinental Ballistic Missile that could strike the United States.

Early in August Trump condemned North Korea’s missile tests, stating that the United States will not be afraid to counterattack.

Later, in the middle of August, Defense Secretary Jim Mattis warned that if North Korea did follow on their threats, that “it’s game on.”

Mattis said that the U.S. military will “take out” any missiles launched by the regime. He went on to say that “it could escalate into war very quickly… yes, that’s called war, if they shoot at us.”