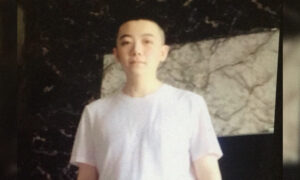 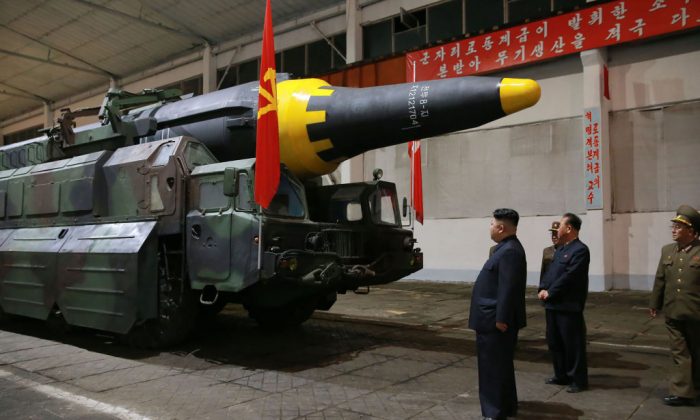 After firing a missile over Japan on Aug. 29, North Korean state-run media renewed the regime’s threats on the U.S. territory of Guam.

North Korean leader Kim Jong Un had previously backed down on threats against Guam on Aug. 15, after President Donald Trump warned Kim that continued threats to the United States would be met with “fire and fury.”

China has also begun showing signs of ending its long-standing support for the Kim regime. It announced on Aug. 14 that it would begin cutting off many economic support programs for North Korea. China also approved sanctions against North Korea at the United Nations on Aug. 5. These actions followed pressure from Trump, including an executive order on Aug. 14 targeting Chinese theft of U.S. trade secrets.

As Kim renewed his threats, however, Trump on Aug. 30 signaled a shift in how the United States will deal with the Kim regime—by potentially ending its financial support of and discussions with the regime.

“The U.S. has been talking to North Korea, and paying them extortion money, for 25 years. Talking is not the answer!” Trump wrote on Twitter.

Between 1996 and 2008, the United States provided more than $1 billion in assistance to North Korea, according to a report from the nonpartisan Congressional Research Service, “about 60 percent of which has paid for food aid, and 40 percent or so paying for energy assistance.” These payments were part of a nuclear deal that North Korea violated.

The most recent payment occurred on Jan. 19, just one day before Trump took office. The Obama administration provided $1 million in aid to North Korea, allegedly to help with flood relief efforts. Voice of America reported on Jan. 25 that the funds were awarded by outgoing Secretary of State John Kerry to U.N. agency UNICEF for North Korea.

News that the Obama administration was providing funds to North Korea “came as a surprise to some officials in Washington and Seoul,” Voice of America reported, “since both countries have been increasing pressure on Pyongyang since the communist country conducted multiple nuclear tests last year.”

According to Max Abrahms, professor of political science at Northeastern University, it’s very unlikely North Korea has any nuclear-capable missiles that could reach the United States. He also noted that with the missile defense systems of the United States and its allies, an attack from Kim would be unlikely to go far.

“I think the key for us is that we don’t want Kim Jong Un to attack the U.S. homeland, and I don’t think he would do that,” he said.

“He does value his own life. … There is no question at all that if Kim Jong Un were to attack the U.S. homeland, that would be the last day of his life.”

Abrahms said, however, that while the method of deterrence against North Korea may work in the long term to protect the United States, it may not always carry over for U.S. allies.

“We are deterring Kim Jong Un from attacking the U.S. homeland,” he said, while also telling U.S. adversaries that “our threat matrix extends beyond our shores to protect our allies.” This defense extended to U.S. allies, however, may not always be recognized by foreign adversaries, and so it may need to be reinforced.

Abrahms said that when dealing with North Korea, “I would say we don’t need to threaten each other a million times—it’s very simple.” He said the United States needs to establish lines that cannot be crossed and make it clear that if those lines are crossed, “we will respond, and it will not be pretty.”