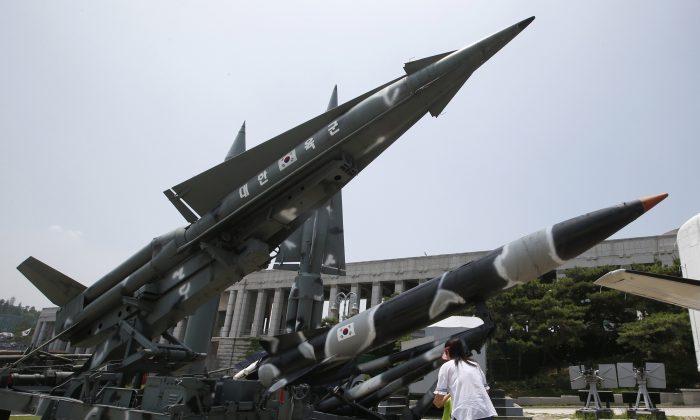 SEOUL, South Korea—North Korea fired what appeared to be a submarine-launched ballistic missile off its east coast on Saturday, the U.S. and South Korea said, the latest in a string of tests that are part of efforts by the North to advance technology capable of delivering nuclear warheads.

The missile was fired from a location near the North Korean coastal town of Sinpo, where analysts have previously detected efforts by the North to develop submarine-launched ballistic missile systems, said an official from Seoul’s Defense Ministry. The official, who didn’t want to be named because of office rules, couldn’t immediately confirm how far the missile traveled or where it landed.

South Korea’s Joint Chiefs of Staff said in a statement that it presumed the missile successfully ejected from the submarine’s launch tube, but failed in its early stage of flight. South Korea’s Yonhap news agency said that the missile likely flew only a few kilometers (miles) before exploding in midair, but the Defense Ministry official couldn’t confirm the report.

North Korea: US Sanctions Tantamount to Act of War

The U.S. Strategic Command also said that the missile was tracked over the sea between the Korean Peninsula and Japan, where it apparently fell.

North Korea acquiring the ability to launch missiles from submarines would be an alarming development for rivals and neighbors because missiles from submerged vessels are harder to detect in advance. While security experts say it’s unlikely that North Korea possesses an operational submarine capable of firing missiles, they acknowledge that the North is making progress on such technology.

North Korea already has a considerable arsenal of land-based ballistic missiles and is believed to be advancing its efforts to miniaturize nuclear warheads mounted on missiles through nuclear and rocket tests.

“With every launch, they’re getting better and they’re working out their problems,” said Scaparrotti, who until recently commanded U.S. forces in South Korea.

North Korea last test-fired a submarine-launched ballistic missile in April, calling it as a success that strengthened its ability to attack enemies with “dagger of destruction.” South Korean defense officials said then that the missile flew about 30 kilometers (19 miles) before likely exploding in midair.

Saturday’s launch came a day after U.S. and South Korean military officials said they were ready to deploy an advanced U.S. missile defense system in South Korea to cope with North Korean threats.

Seoul and Washington launched formal talks on deploying the Terminal High-Altitude Area Defense, or THAAD, after North Korea conducted a nuclear test and a long-range rocket launch earlier this year. China, Russia and North Korea all say the THAAD deployment could help U.S. radars spot missiles in their countries.

The deployment decision for THAAD was announced hours after North Korea angrily reacted to new U.S. sanctions on leader Kim Jong Un and other top officials for human rights abuses, with Pyongyang’s Foreign Ministry saying such measures were tantamount to declaring war.

North Korea has already been sanctioned heavily because of its nuclear weapons program. However, the action by the Obama administration on Wednesday marked the first time Kim has been personally targeted, and also the first time that any North Korean official has been blacklisted by the U.S. Treasury in connection with reports of rights abuses.

The United States stations about 28,500 troops in South Korea as deterrence against potential aggression from North Korea.