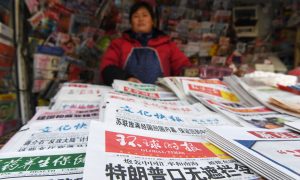 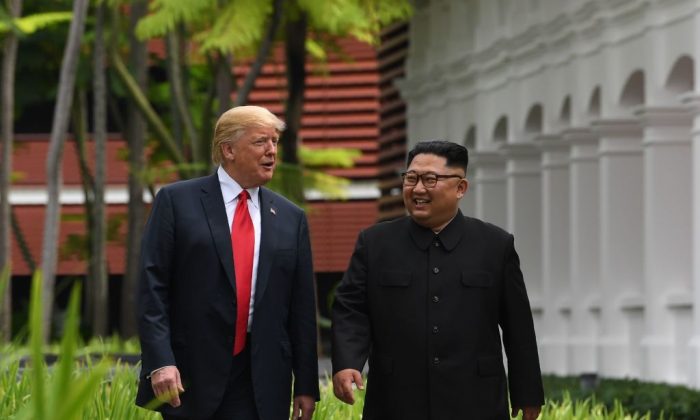 The January visit was Kim’s fourth visit to China since his first in March 2018. In all four meetings, Kim met with Chinese leader Xi Jinping.

Copper and zinc—common materials used in manufacturing—produced at North Korea’s Hyesan Mine, located in Ryanggang, are being smuggled “en masse into China,” according to Daily NK, due to the fact that North Korean authorities “have relaxed a bit” in their crackdown on smuggling.

Daily NK noted that the sales of North Korean minerals are a violation of international sanctions.

Several North Korean firms were named in connection with the mineral sales, including Kangsong Trading Company, Yonun Company, and Mirim Company—all of which had obtained the rights to export minerals on behalf of the North Korean regime, according to Daily NK.

At the same time, people living near the Hyesan Mine are selling excavated minerals themselves in order to earn a living.

The North Korean military units and government agencies also are involved in mineral sales with approval from Pyongyang—in flagrant violation of sanctions, according to Daily NK. For example, the 8th General Bureau of the North Korean military, and the South Korean Liaison Office, have set up stations at a mine in Hyesan City in Ryanggang, to export the minerals to China.

About 70 percent of those minerals are zinc, copper, tungsten, molybdenum, magnesia clinker, gold, and silver, according to Daily NK.

According to Daily NK, locals in the region call the trade state-sponsored smuggling, since at least 30 trading companies in Hyesan were involved in the trade.

North Korea could also be violating UN Resolution 2397, stated Daily NK, which was passed in 2018 and limits North Korea’s imports of refined petroleum to 500,000 barrels per year.

This is not the first time that trade activity across the North Korea-China border saw an uptick following meetings between the leaders of both nations.

The willingness of China to supply materials to North Korea, even in the face of violating U.N. sanctions, could handcuff Washington’s strategy in denuclearizing North Korea.

China’s motivation in supporting its northern neighbor is consistent with its past agendas: it wants to ensure that its communist ally does not collapse and that the country can be used as leverage in any future dealings with the United States.

In November last year, three companies—two based in China and the third in Singapore—were charged by U.S. federal prosecutors for running a sophisticated global money laundering network to move North Korean money into the United States and use the funds to buy goods for Pyongyang.

Aside from the sanctions-violating trade with China, Pyongyang is hiding an operational missile base while engaged in talks with the United States on denuclearization.

In a report published Jan. 21, the Center for Strategic and International Studies, a Washington-based think tank, disclosed a ballistic missile base called Sino-ri that has never been declared by North Korea.

The report pointed out that the base location “fit into North Korea’s presumed nuclear military strategy by providing an operational-level nuclear or conventional first strike capability.”

While missile operating bases would presumably be subject to declaration, verification, and dismantlement in any denuclearization deal, the Sino-ri base does not appear to be the subject of current denuclearization negotiations, according to the report.

“The North Koreans are not going to negotiate over things they don’t disclose,” said Victor Cha, one of the authors of the report. “It looks like they’re playing a game. They’re still going to have all this operational capability,” even if they promise to destroy their disclosed nuclear facilities.