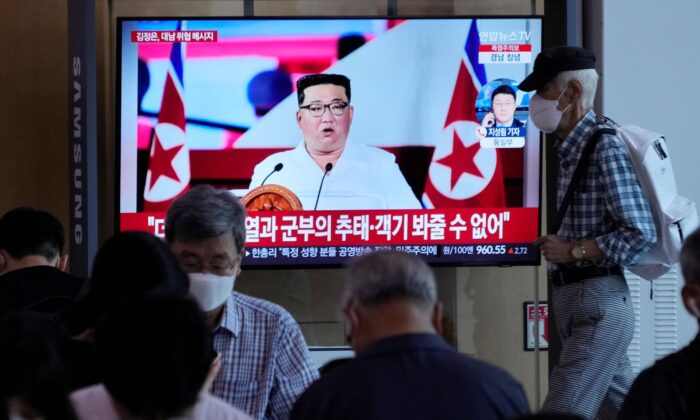 North Korea has passed a law allowing it to conduct a nuclear strike “automatically” against any “hostile forces” posing an imminent threat to the nation, according to the official state-run media.

The law states that North Korea will employ nuclear weapons only as a last resort, but that nuclear forces will be the primary policy of national defense to protect the country’s sovereignty, territorial integrity, and people.

“With this, the position of our state as a nuclear weapon state has become irreversible,” North Korean leader Kim Jong Un was cited as saying by KCNA in a separate report.

Kim vowed that his country will “never give up nuclear weapons,” regardless of the military situation on the Korean Peninsula and even if North Korea is subjected to “100 years of sanctions.”

He referred to the United States as North Korea’s “nuclear enemy state” while blaming South Korea for aggravating military tensions in the region due to its joint defense posture with Washington.

“As long as nuclear weapons exist on earth and imperialism remains, and the United States and its vassal forces refuse to stop their anti-DPRK maneuverings, our journey of building up nuclear forces will never end,” Kim said, using North Korea’s official acronym.

US Holds ‘No Hostile Intent’

“As we have said—and North Korean officials, including Kim Jong Un, have publicly noted—we continue to seek diplomacy and are prepared to meet without preconditions. The DPRK continues to not respond,” she told reporters.

Jean-Pierre stated that Washington remains focused on coordinating closely with its allies and partners to address North Korea’s nuclear threats.

North Korea has conducted a series of missile launches this year, including one involving its largest intercontinental ballistic missile, the Hwasong-17, all of which are banned under U.N. Security Council resolutions on North Korea’s missile program.

South Korean Yoon Suk-yeol had offered to provide North Korea with what he called an “audacious plan” that would “significantly improve the country’s economy and its people’s livelihoods in stages” in exchange for complete denuclearization.

North Korea rejected Yoon’s offer, calling it an “absurd dream.” Kim said that there will be no denuclearization talks, negotiations, or “bargaining chips” in that process, according to KCNA.

South Korea has been pushing for a formal declaration to end the 1950–1953 Korean War to ease tensions on the Korean Peninsula. The two countries agreed to an armistice in 1953.

North Korea insists that any formal treaty to end the war must first be preceded by an end to U.S. “hostilities” against it.