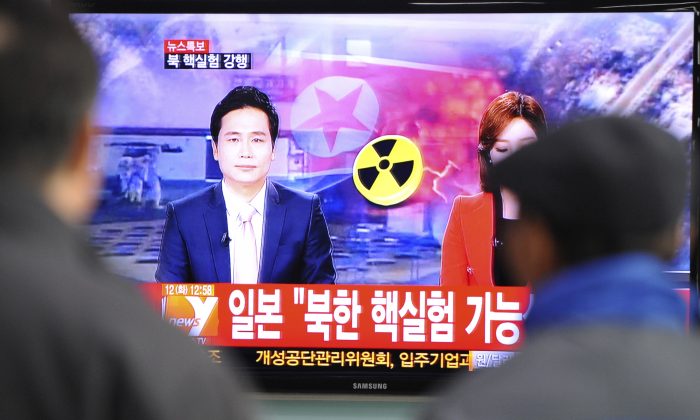 Dr. Joel Myers, the founder and chairman of the online weather service AccuWeather, says that next week’s wind patterns could blow radiation across the Sea of Japan and over northern parts of the Japanese islands.

“As winds pick up out of the northwest over the next few days, it is possible that any radiation that leaks from the site [where the nuclear test took place] could be carried and dispersed across the Sea of Japan and even to the Japanese islands,” Myers said.

Dr. Myers thinks the communist regime might have specifically chosen test days when the wind would be weak, so the radiation would stay on-site and remain undetected by the outside world.

A recent tunnel collapse at a nuclear test site might have spoiled that for North Korea.

“We know from other news reports that there has been an accident at the nuclear test site, and the situation that North Korea may have anticipated with radiation being contained within North Korea has changed,” Myers said.

Some experts believe that North Korea’s most recent nuclear test initiated a wave of earthquakes and smaller tremors, one of which caused the tunnel collapse.

North Korean soldiers and civilians were likely exposed to radiation after the tunnel’s collapse, according to Accuweather.

Myers said the radiation could travel to the Japanese island of Hokkaido and far-northern Honshu—and possibly farther south by the weekend.

U.S. President Donald Trump starts a five-nation Asia tour this weekend and is expected to be in South Korea on Nov. 7.