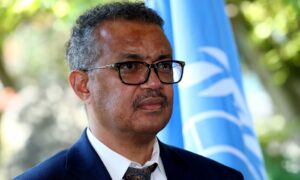 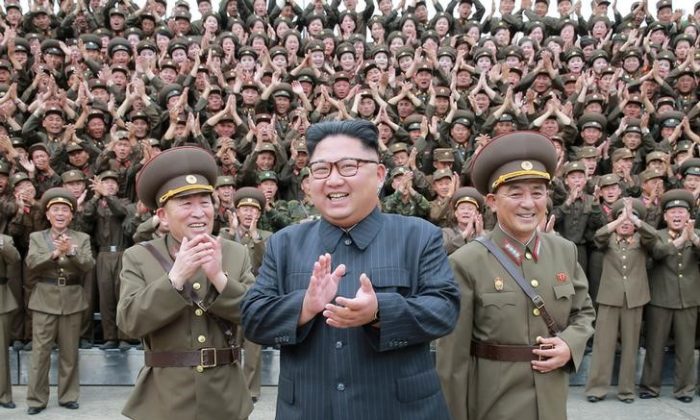 In the statement issued by the state-run Korean Central News Agency, the regime said that Americans are “trembling in fear” of North Korea’s intercontinental ballistic missiles.

Hawaii’s Emergency Management Agency mistakenly sent out a ballistic missile alert on Jan. 13. Officials took 20 minutes to post a Twitter message alerting residents of the mistake and 40 minutes to send an update to residents’ cellphones.

“The U.S. is now on jitters, being seized by fear of the North’s missiles. A ballistic missile threat warning was released throughout Hawaii, U.S.

Hawaii residents received a flash alert on their phones at 8:07 a.m. on Jan. 13 that cautioned: “BALLISTIC MISSILE THREAT INBOUND TO HAWAII. SEEK IMMEDIATE SHELTER. THIS IS NOT A DRILL.”

“The U.S. is now on jitters, being seized by fear of the North’s missiles. A ballistic missile threat warning was released throughout Hawaii, U.S. by a mistake recently,” the statement said according to Fox News. “It is none other than the U.S. which is trembling with fear, stricken by extreme horror and pressure even by a single message and by a flash in the sky.”

Pyongyang went on to caution the United States against escalating the conflict.

Hawaii residents received a flash alert on their phones at 8:07 a.m. on Jan. 13: “BALLISTIC MISSILE THREAT INBOUND TO HAWAII. SEEK IMMEDIATE SHELTER. THIS IS NOT A DRILL.”

Hawaii Gov. David Ige apologized profusely for the delay in issuing a clarification following the false alarm. He said that the delay was caused by his forgetting his Twitter username and password.

Days later, Japanese broadcaster NHK sent out a false missile alert. The message said that “North Korea appears to have fired a missile,” while no launch actually happened.

“This happened because the equipment to send a news flash onto the Internet had been incorrectly operated,” the broadcaster announced. “We are deeply sorry.”

Despite its predictably overblown rhetoric, North Korea appears to be caving to sanctions and pressure from the United States spearheaded by President Donald Trump. North Korean officials held a rare meeting with their South Korean counterparts about the upcoming Winter Olympics.

The two countries came to an agreement on several points for the games, saying that their athletes will walk in the opening ceremony together under a unification flag. North Korea will also send several athletes and a 140-member orchestra.

Trump’s offensive on North Korea is consistent with his opposition to communism and socialism, calling out both as disastrous and murderous. North Korea is an example of a late-stage communist regime.

The country is covered with dozens of large-scale labor camps where hundreds of thousands of people are feared to have perished. Meanwhile, the majority of the population is starving, with most of the resources going toward Dictator Kim Jong Un’s dream of building a nuclear missile capable of hitting the U.S. mainland.

“From the Soviet Union to Cuba, Venezuela—wherever through socialism or communism has been adopted, it has delivered anguish, devastation, and failure,” Trump said in September 2017. “Those who preach the tenets of these discredited ideologies only contribute to the continued suffering of the people who live under these cruel systems. America stands with every person living under a brutal regime.”