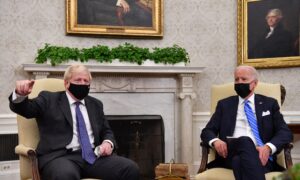 Biden and Johnson: Saviours of the World or Just a lot of Hot Air?
0
Share Now
TelegramFacebookTweetEmailTellMeWeReddit
Copy Link 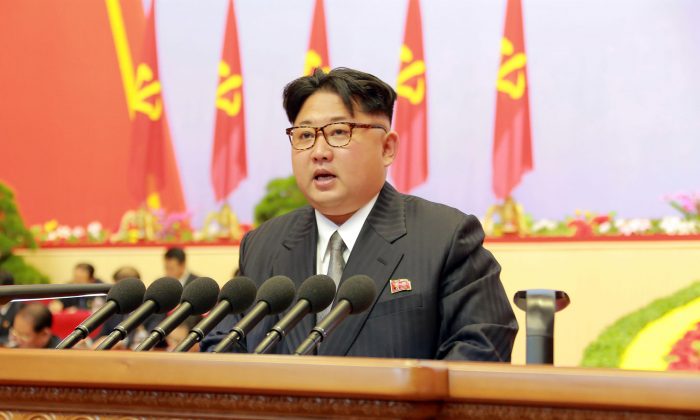 Many years ago, I was an Army intelligence officer assigned to 8th Army G-2 (Intelligence) in Seoul, South Korea. With several other officers, I worked on “order of battle” for the North Korean Army, that is, inter alia its strength, composition, disposition, and equipment.

Facing the North Koreans across the Demilitarized Zone provided very limited insight. And lacking the technological assets now available, such as satellite photography or electronic intercepts, a defector with 10-year-old information was a key source. But in short, our OB construct was largely based on Korean War positions, supplemented by guesses regarding equipment upgrades provided by China and the USSR.

Roughly a decade later, I was the State Department’s Intelligence and Research Bureau’s analyst for Korea. Again, knowledge of political developments in Pyongyang was highly limited. The society was almost impenetrably sealed from Western access. Information was gleaned by occasional neutralist visitors and/or comments by Warsaw Pact diplomats. Our primary source was reading translations of the bombastic propaganda released by Pyongyang; it was about as useful as toilet paper—after it had been used.

Recognizing the infrastructure Pyongyang was building was designed to produce fissile material, the West offered assorted carrots and sticks to derail the program. We failed. Economic blandishment and tertiary-level sanctions got nowhere.

On Oct. 8, 2006, Pyongyang exploded a nuclear device. Subsequently, the North tested three more nuclear devices, claiming the most recent (January 2016) was a hydrogen bomb. Analysts are skeptical, but Pyongyang is technically capable of such a construct. They believe Pyongyang now has a six- to eight-weapon arsenal. Simultaneously, it has developed short- and medium-range rockets that could threaten Japanese and ROK targets.

These technical developments are complemented by disconcerting political evolution. North Korea is unique: a communist dictatorship led by a family dynasty—the grandfather (Kim Il-sung), father (Kim Jong-il), and son (Kim Jong-un). Kim Jong-un assumed leadership five years ago at 28, and his personality and objectives remain opaque—and frightening. While analysts agree that Kim Il-sung and Kim Jong-il were repressive dictators, they were not considered suicidal, but rather committed to personal and national survival.

We are not as confident of Kim Jong-un.

While analysts agree that Kim Il-sung and Kim Jong-il were repressive dictators, they were not considered suicidal … We are not as confident of Kim Jong-un.

During his brief time in power, Kim has been erratic and reckless; brutally suppressing (and killing) individuals he presumably believed less than fully committed to his rule. His human rights record has been egregious: North Korea is de facto among the worst-of-the-worst so far as violations of human rights as reflected in the State Department’s annual human rights report. He has given draconian sentences to U.S. tourists convicted of trivial vandalism.

But the West has no one to blame but itself. If Pyongyang were not a nuclear weapons state, its propaganda bombast (amusing) and domestic repression (lamentable) would be of little global concern. But nuclear weapons are the great equalizer. Every state in the region is at risk.

The just completed Workers’ Party Congress (the first since 1980) has endorsed the full panoply of Kim’s leadership positions. He now stands paramount in Pyongyang’s power hierarchy. Simultaneously, Kim blows off a virtually endless laundry list of U.N. sanctions with the equivalent of a snicker. Only Beijing conceivably could level draconian sanctions, and even Beijing may now be reluctant to threaten a nuclear-armed former protégé.

At the point when satellite photography revealed Pyongyang’s construction of facilities to produce fissile material, we declined to respond with more than diplomatic initiatives. Kinetic action was necessary to destroy these facilities. Kinetic action along the lines Israel took against the Iraqi Osirik reactor in 1981 and against the Syrian reactor in 2007 would have eliminated a North Korean threat with which we must now deal.

We have sowed the wind, and now the wind is rising.