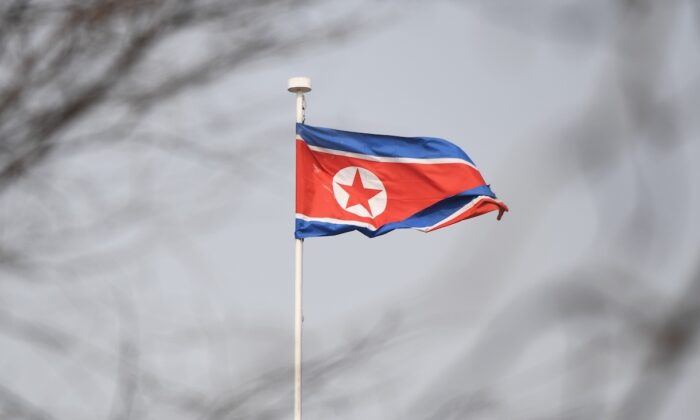 South Korea’s joint chiefs of staff said it was an “unknown” missile and didn’t immediately specify how far it flew.

It marks North Korea’s 18th round of missile launches in 2022. The previous missile launch occurred less than two weeks ago, when it launched three ballistic missiles just hours after U.S. President Joe Biden ended his trip to Asia.

At the trilateral meeting, Sung said the countries are “preparing for all contingencies” after Washington assessed that North Korea is preparing to carry out a nuclear test for the first time since September 2017, when it claimed to have detonated a thermonuclear bomb to fit on its intercontinental ballistic missiles (ICBM).

“We are prepared to make both short and longer-term adjustments to our military posture as appropriate and responding to any [North Korea] provocation and as necessary to strengthen both defense and deterrence to protect our allies in the region,” he said. “We want to make clear to the DPRK [Democratic People’s Republic of Korea, or North Korea] that its unlawful and destabilizing activities have consequences and that the international community will not accept these actions as normal.”

After Pyongyang’s latest launch, the U.S. Indo–Pacific Command said in a statement that it’s “aware of the DPRK’s multiple ballistic missile launches and are consulting closely with our allies and partners.”

“While we have assessed that this event does not pose an immediate threat to U.S. personnel or territory, or to our allies, these missile launches highlight the destabilizing impact of the DPRK’s illicit weapons program,” the statement reads. “The U.S. commitment to the defense of the Republic of Korea and Japan remains ironclad.”

North Korea has a nuclear testing site in Punggye-ri, a town in the northeast. The Kim regime demolished the site in May 2018 to signal its commitment to end nuclear testing. But South Korean and U.S. intelligence recently reported spotting construction work at the site.

North Korea appears to have drastically ramped up its weapons tests this year, including its first ICBM test since 2017 in March.

Talks led by the United States seeking to get North Korea to advance denuclearization, including surrendering its nuclear weapons and ballistic missile arsenal, have been stalled since February 2019. At the time, North Korean leader Kim Jong-un and then-President Donald Trump were unable to come to an agreement over disputes about U.S.-led international sanctions on Pyongyang.

The latest missile launch also comes a day after the U.S. aircraft carrier Ronald Reagan concluded a three-day naval drill with South Korea in the Philippine Sea, apparently their first drill involving a carrier since November 2017.

Aldgra Fredly and The Associated Press contributed to this report.