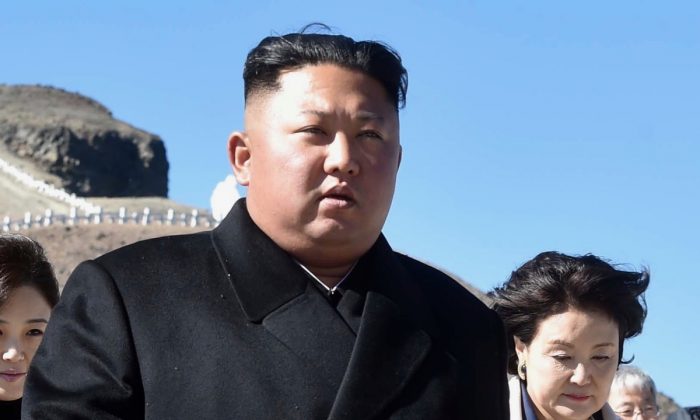 A source told RFA that “public trials and executions have resumed this year, with judicial authorities holding these trials in multiple locations for reasons of maintaining social order.”

The source, which spoke to RFA anonymously, said the public executions “shocked” the residents of Chongjin in North Hamgyong province, which borders China.

According to the report, the public executions were designed to prevent North Korean officials from going to fortune tellers and engaging in “superstitious” behavior.

Two of the female fortune tellers were executed via shooting while another received life imprisonment, the source said. They had used “a three-year-old and five-year-old child” as so-called “oracles” before receiving money when they told people’s fortunes, the person said.

“Tens of thousands of people from factories, colleges, and housing units from Chongjin were forced to attend the public trail in March,” the source said while elaborating on the execution.

They said that fortune telling has become quite popular in the communist country.

Several years ago, a former top military official said that he was forced to witness the public execution of 11 musicians. The officials used anti-aircraft guns.

“The musicians were brought out, tied up, hooded and apparently gagged, so they could not make a noise, not beg for mercy or even scream,” the former military official told The Mirror.

“They were lashed to the end of anti-aircraft guns,” she said. “A gun was fired, the noise was deafening, absolutely terrifying, and the guns were fired one after the other.”

In 2013, dictator Kim Jong Un’s uncle Jang Song Thaek, who was a top official in the regime, was executed. Meanwhile, at least 15 people and 400 others were purged around the same time, RFA noted.

Public executions, alongside torture, forced labor, and arbitrary arrests are used to maintain an environment of fear and control, said a 2017 report by Human Rights Watch.

“The government practices collective punishment for alleged anti-state offenses, effectively enslaving hundreds of thousands of citizens, including children, in prison camps and other detention facilities,” Human Rights Watch said at the time.

“The major charges for such killings as reported by the interviewees included: stealing, transporting and selling copper components from factory machinery and electric cables; stealing livestock (especially cows, which are national property); [and] stealing farm produce such as corn and rice,” the organization stated.