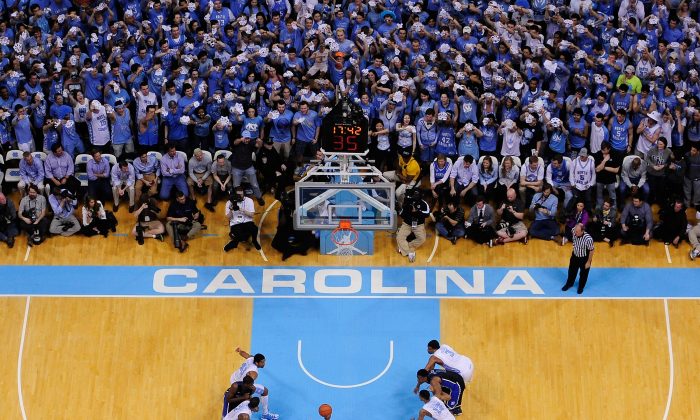 Fans hold up paper snowflakes in an attempt to distract Rasheed Sulaimon #14 of the Duke Blue Devils as he shoots a free throw during a game against the North Carolina Tar Heels at the Dean Smith Center on February 20, 2014 in Chapel Hill, North Carolina. North Carolina won 74-66. (Grant Halverson/Getty Images)
College Sports

The teams face off at the Tarheels home court, the Dean E. Smith Center in Chapel Hill.

The game will be broadcast on ESPN and ESP3.

Live streaming is available via WatchESPN.

The Tar Heels are currently ranked 15th in the country with a 22-7 record.

The Fighting Irish are currently unranked with a 15-15 record.

Kansas State and Oklahoma State will be broadcast on ESPN after this game, beginning at 9 p.m.