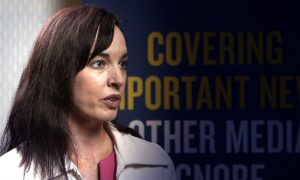 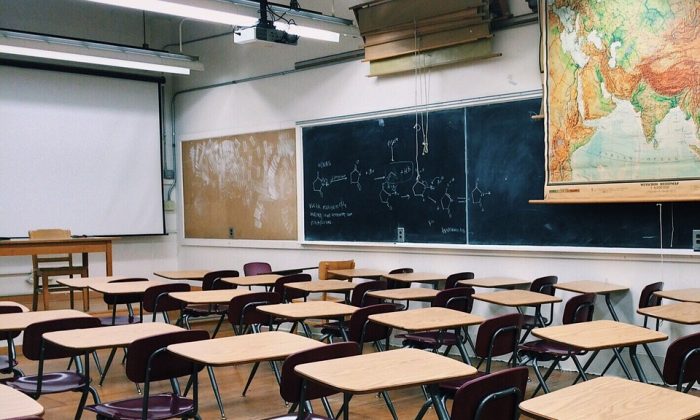 A North Carolina teacher has been suspended and is under investigation after she allegedly segregated students based on their political and religious views, officials have said.

JCPS hired Lopp as a substitute teacher on Aug. 12, and on Aug. 26, she was hired at South Johnston High School, district officials told CBS 17.

The school district was alerted of the matter when students present in Lopp’s class told their parents. She allegedly told them that if they told anyone about what she had said, she would “not recommend them for a job or even entrance to college.”

A South Johnston High School student, who has friends who were in the classroom at the time, told ABC11: “It’s pretty crazy. I wouldn’t expect nothing like that. It’s just weird.

“I don’t know even know if teachers are allowed to talk about religion at school because no one at South does.”

A mother of a middle school student in Johnston County, Natasha Chancey, told ABC11: “I don’t mind prayer in school and things like that because you pray to your own religion.

“But for instance to be asking about God because there are so many different religions and everyone has their own beliefs—that might be saying one is better than the other.”

In a statement, Superintendent Jim Causby told the news outlet it was “an unfortunate incident and one I wish had not happened.”

“It is never appropriate for a teacher to segregate students based on religious, political, or personal beliefs,” Causby said.

“In fact, it is not appropriate for a teacher to even ask a student what their beliefs are. Our school system takes very seriously the rights of students in these areas and students should never be instructed to not share classroom activities with their parents.”

It is not clear how long the teacher is expected to remain suspended with pay. However, JCPS officials said an investigation will take place into the matter.

“When the investigation is completed, I will review the findings and determine what final decisions need to be made,” Causby added.

In a separate incident, a Utah headteacher and a teacher have been suspended with pay after one of their students was allowed to participate in the school’s Halloween parade dressed as Adolf Hitler—leader of Germany’s Nazi or National Socialist German Workers’ Party.

A photograph of the pupil, who attends a Kaysville elementary school, showed the child dressed in tan pants and a long-sleeved brown shirt with a red arm band, with an image of a black swastika, reported the Salt Lake Tribune.

The principal and a teacher at Creekside Elementary are on paid administrative leave, and the Davis School District have issued a statement of apology.

“[The district] does not tolerate speech, images, or conduct that portray or promote hate in any form,” the statement read. “The district is taking the matter very seriously and is investigating every aspect of the situation.”

Correction: This article has been updated to clarify that the Johnston County school district was alerted to the matter, not of a letter, when students informed their parents.