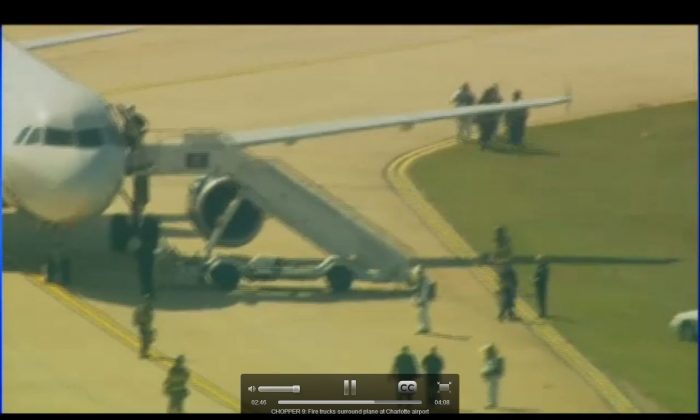 A US Airways plane apparently made an emergency landing or stop at the Charlotte-Douglas Airport in North Carolina. The plane was heading from Buffalo to the CLT airport.

Reports said that a suspicious note was found on the plane, causing officials to stop it, NBC New York reported.

Officials in HAZMAT suits were seen near the plane. A K-9 unit was also on the scene.

The plane was stopped and was surrounded by fire officials, reported WSOCTV.

Two city buses were deployed to help passengers with transportation.

It is unclear why the plane was stopped.