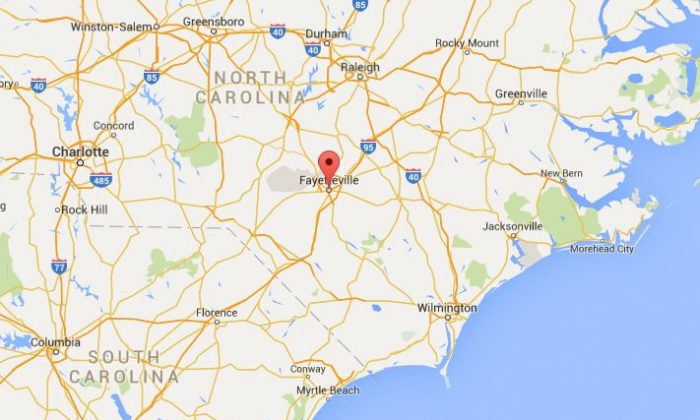 A North Carolina woman is in critical condition after she was shot in the head by her son on Thursday inside of a salon, police said.

Her son was taken into custody, police said. The suspect, who has not been identified, shot his mother in the face near D’aviance Spa in the Fayetteville’s Showroom Square shopping center.

After he returned to the scene of the crime as his mother, who reportedly owned the salon and is known as “Miss Dee,” was receiving first aid treatment. Police officers took him into custody for questioning.

We’ve just learned Miss Dee, salon owner shot in face by son inside the biz, has been life flighted to Chapel Hill. pic.twitter.com/cXp1qW7trH

“We don’t know the reason, we don’t know the motive at this point but we do have the individual who we believe committed the crime in custody. We also have his vehicle and we also believe we have the weapon that was used to commit the crime,” Fayetteville Police Chief Harold Medlock told WRAL-TV.

Several customers were inside the business when the shooting took place, Medlock added.

Diondra McKenzie said she was a customer at the salon.

“How could you do that to your own mother and not feel any kind of remorse or any kind of…anything? You don’t have any feelings?” McKenzie told ABC-11.