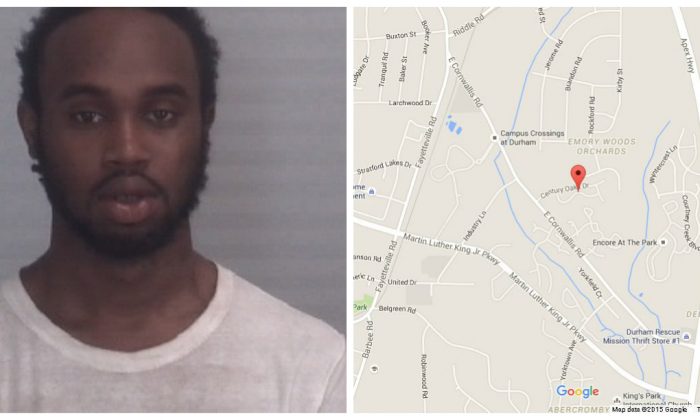 The 22-year-old allegedly shot a one-year-old on Christmas around 5 p.m.

“On December 25th at 5:43 pm, Chapel Hill Police officers responded to a report of a shooting in the area of 751 Trinity Court. Upon arrival officers learned that shots had been fired from a vehicle that was leaving the complex,” the Chapel Hill Police Department said.

“One-year-old Maleah Williams was found at the scene suffering from a gunshot wound and was transported to UNC Hospitals where she remains in critical condition.”

The mother of Maleah had urged Davis to turn himself in. But he didn’t, instead being caught by authorities.

Maleah is in critical condition and underwent two surgeries after being rushed to the hospital. The family has raised money through GoFundMe for the medical care.

Maleah was playing with about 10 other children with their new Christmas toys outside when Tylena Williams, the mother, saw a man inside a car start spraying the yard with bullets.

“And he just started shooting and I started running,” Williams told ABC11. “I felt my body being so warm and my baby was just bleeding so much and gasping for air and I kept telling her I love her–please don’t leave me.”