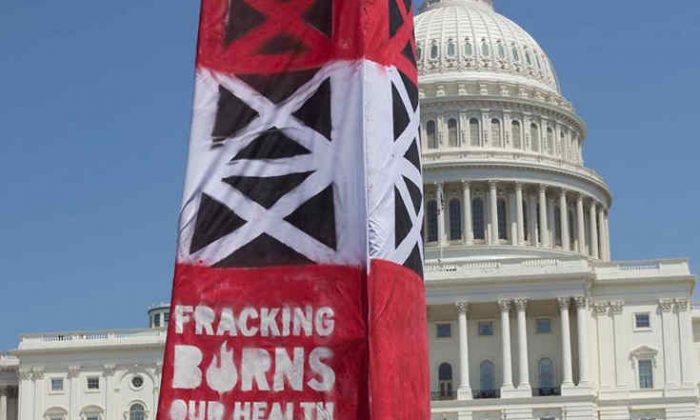 Despite a significant public opposition, North Carolina (USA) Governor Pat McCrony signed a bill into law that allows for fracking in the Tarheel State. Called the Energy Modernization Act, the legislation will start issuing drilling permits 61 days after the state agency overseeing fracking, the Mining and Energy Commission, approves rules for the industry within the state. Final policies and procedures are expected to be in place by summer 2015.

North Carolina legislators made a pledge that rules and laws governing fracking would be reviewed. Previously, state legislators had imposed a moratorium on drilling and promised environmental advocates the opportunity for public discussion prior to implementation of any legislation. Activists within the state have criticized the legislators for not adequately addressing the health and environmental risks which have been associated with fracking in other American states. Activists also claim that environmental safeguards have been weakened. Fracking supporters claim that it will bring more money into the state’s revenue stream.

“We have watched and waited as other states moved forward with energy exploration, and it is finally our turn,” McCrony told Facing South, an organization that provides resources for grassroots activists, community leaders, scholars and policy makers. “This legislation will spur economic development at all levels of our economy,” he said.

With McCrony as he signed the bill eliminating the moratorium were Mike Hager, a legislation from North Carolina’s Rutherford County and also a former Duke Energy engineer. Hager, who used to be employed by a company he now regulates, has repeatedly tried to kill the state’s renewable energy standard calling it a type of “corporate welfare.”

Hager has gotten it wrong.

North Carolina’s Republican leaders are pushing for taxpayer-financed assistance for the oil and gas industry. The News and Observer of Raleigh reports that the North Carolina legislators are prepared to provide taxpayer money to the energy companies within the state despite putting a record $93 billion in profits on the books in 2013. Tax payers will be holding the debit slip for $1.2 million to assist the energy companies with drilling, analysis and marketing. McCrony’s 2015 budget sets aside $500,000 to drill three test wells in Lee County, North Carolina.

The legislation also will provide for taxpayer-funded research to build an export terminal on the North Carolina coast. Taxpayer dollars will also be used to trail industry workers at Central Carolina Community College.

The legislator’s plans to use taxpayer money to subsidize “corporate welfare” for the oil and gas industry match historical efforts to put public dollars to work to support private energy interests.

No Jobs Created Except for Government Jobs Needed to Write Legislation, Policies and Procedures

North Carolina Conservation Network Policy Director Grady McCallie said, “The state has already spent significant resources in pursuit of fracking and there are no new jobs to show for it.”