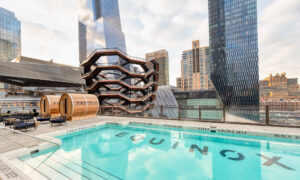 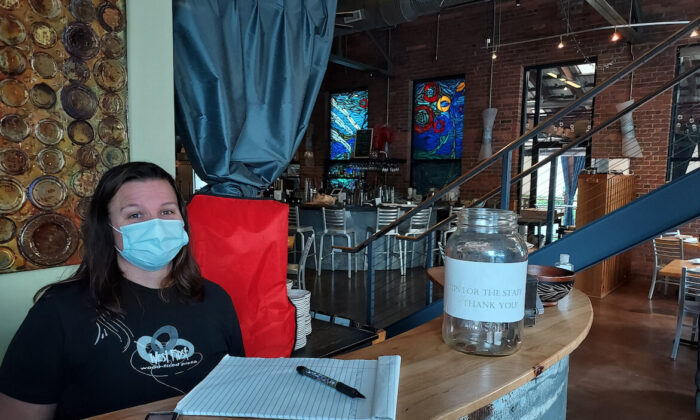 Some downtown restaurant and business owners in North Carolina said they won’t be implementing mandatory COVID-19 vaccines for their employees, despite Gov. Roy Cooper’s prompting to do so.

In July, the North Carolina Department of Health and Human Services (NCDHHS) said in a press release that state government employees and health care workers are required to show proof of vaccination status and urged private businesses to enforce the requirement as well.

The U.S. Equal Opportunity Commission updated its COVID-19 policy in June, allowing for businesses to require that their employees get vaccinated without violating federal law.

In September, New York city will begin requiring proof of vaccinations for workers and customers for indoor dining, gyms, and performances.

Both Disney’s salaried and non-union workers, and Walmart’s corporate employees will also have to get vaccinated, according to their new policies.

The vaccinated and unvaccinated will be required to wear masks, though she isn’t asking customers to wear them.

“It’s not ideal, but I think it’s necessary, and the safest thing for us all to do,” Comden said. “For customers, I don’t have the authority to force anyone off the street to wear a mask. I would hope that my community is responsible enough to stay home if they are sick and wear a mask if they are not vaccinated.”

She added that if community members are not vaccinated, that they should consider it to keep the community safe.

“But it’s still a personal choice.,” Comden said. “I can’t force anyone to do that.”

Matt Johnes, owner of Hannah Flanagan’s Pub & Eatery, said he won’t require vaccinations but will suggest his employees get it based on the possibility of financial hardship if they miss work because of a positive test.

After having been closed for two months because of the lockdowns, Johnes said it’s still hard to hire people and that the Irish pub is currently operating at half capacity.

At the Three Chopt Sandwich Shoppe, owner Matthew Rogers said he won’t be making any employees get vaccinated, but that 80 percent of his employees have been vaccinated and wearing masks, though he’s not asking customers to wear them yet.

Tiffany Cornett, owner at Emma’s Baby Boutique on Main Street, said, though she is not anti-vaccine, she wouldn’t require anyone to put anything in their body that she wouldn’t put in her own.

Her sister Alicia Metcalf said, “Because it’s not a vaccine. Vaccines are something that actually prevent something from happening. This shot they currently have requires boosters, updates, and it doesn’t affect the current strains going around, so you have to have more and more. Vaccines are supposed to be one-and-done.”

Cornett added, “It hasn’t even been approved by the FDA, so it blows my mind that restaurants now are requiring cards.”