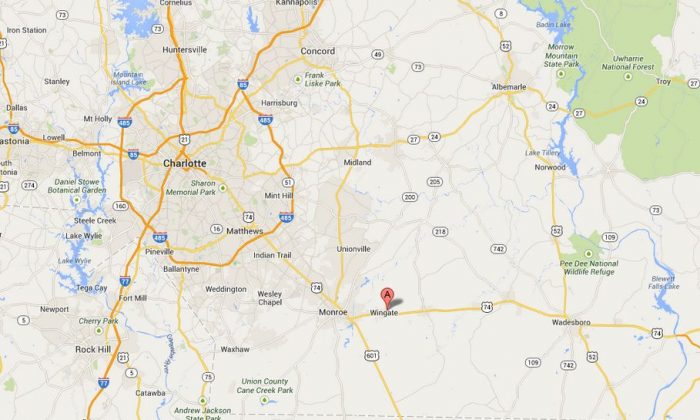 A Google Maps screenshot shows the location of Wingate University.
US

Wingate University in Union County, North Carolina, was placed on lockdown on Wednesday night. There were reports of a shooting near the college left two two people dead and another injured.

One of the victims was sent to a local hospital. It is unclear if they are students.

WBTV in Charlotte reported at around 6:20 p.m. local time that the school was locked down and an alert was sent out.

“Please remain calm. Move to the nearest building and close and lock all doors and windows. Close all blinds and turn off the lights,” an alert sent out to students says.

It added later: “There has been a shooting on East Wilson Street near the entrance to the College Park community.  Law Enforcement is on the scene and directing that the University shelter in place until further notice.”

The school also told the students to put their cell phones on silent and wait for further instructions.

The station said three people were shot at E. Wilson Street near the university.

Two weeks ago, the university was placed on lockdown due to “suspicious individuals.”