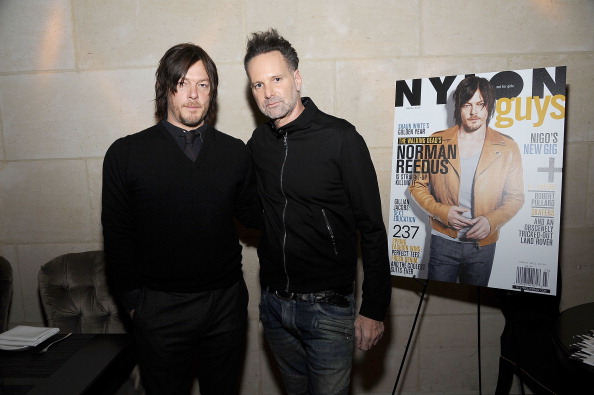 Norman Reedus, the actor who plays Daryl Dixon on “The Walking Dead,” was spotted on location in Atlanta with fellow “Dead” actress Emily Kinney.

According to The Spoiling Dead Fans a few days ago, the two were spotted filming.

“Some frequents stops today during filming. Norman and Emily were both at location yesterday. We have some awesome people on the ground today. Hopefully we will catch something great,” the page says.

The Facebook page on Tuesday wrote that “more filming” was being done in Griffin with full road closures.

“Lots of gunfire and yelling at the hospital location,” reads a post on Monday.

A few months ago, Reedus talked with EW.com about Season 5.

“From what I know, it’s gonna be just completely insane,” he told the website. “I sort of knew I needed like a good month to rest to jump in. The storyline they’re throwing me is a thousand miles an hour.”

The site also asked him how much creator Robert Kirkman and showrunner Scott M. Gimple told him about the season.

“Those guys are very good at telling you a bunch of stuff, and you sit there for an hour and you walk away and go, ‘What the hell did he just say? What’s going on?’ They’re very good at masking what they want to tell you,” he said.