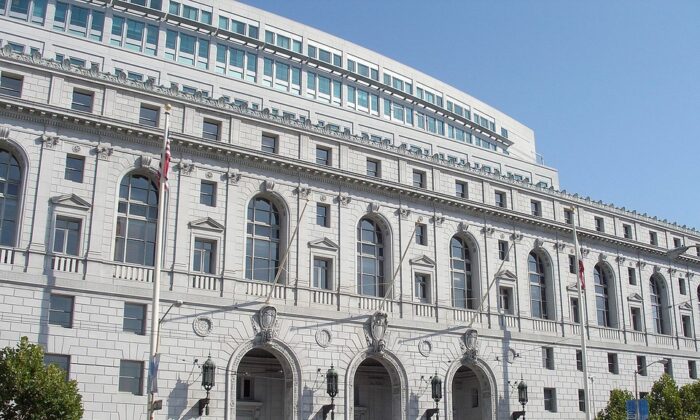 A California Supreme Court order for a lawsuit demanding that the state controller disseminate spending receipts is expected to arrive soon.

The legal challenge was filed in 2020 by the nonprofit organization OpenTheBooks after being denied access to the state’s checkbook to analyze spending records in 2018.

Adam Andrzejewski, CEO and founder of OpenTheBooks, sent State Controller Betty Yee a Freedom of Information Act request in 2018 seeking documentation of a line-by-line transaction for every vendor who received a check from the state government.

“It’s the only way that you can hold an elected official accountable for tax and spending decisions,” Andrzejewski told The Epoch Times.

“They said they couldn’t locate any of the 50 million bills that they admit that they paid last year,” Andrzejewski said.

Yee wrote in a commentary on CalMatters in 2020 that her staff didn’t reject Andrzejewski’s Public Record Act request. Rather, it was unable to be fulfilled without further clarification.

“Unlike most who request records, Mr. Andrzejewski’s organization so far has been unwilling to work with us, instead of repeating their request for a copy of a ‘checkbook,’” Yee wrote.

Concerned about the lack of transparency of taxpayer dollars, Andrzejewski filed a lawsuit against the state controller in 2020.

“It just became time to enforce the transparency law in California,” he said.

The lawsuit is not the first Andrzejewski has filed demanding transparent state checkbooks.

In 2012, Andrzejewski said he won similar lawsuits in Illinois and Wyoming in 2018.

“We expect to win in the Golden State as well,” he said.

With receipts from 2018 remaining undisclosed, Yee estimates 99.7 percent of state funds are utilized proficiently while 0.3 percent of funds are wasted, according to Andrzejewski.

“This is the most important record in all of the state of California,” he said. “We’d be able to follow the money for the first time in history.”

“In America, the citizen is sovereign,” Andrzejewski said. “We’re supposed to be able to review the actions of our elected officials. In this case, the elected official is hiding every single transaction.”

Since filing the original lawsuit to the state controller in 2020, Andrzejewski amended the legal challenge to include the 2020 fiscal year. If the lawsuit succeeds, more lawsuits will be filed to receive access to checkbooks prior to 2018.

A spokesperson from the State Controller’s Office was not available for comment by press time.