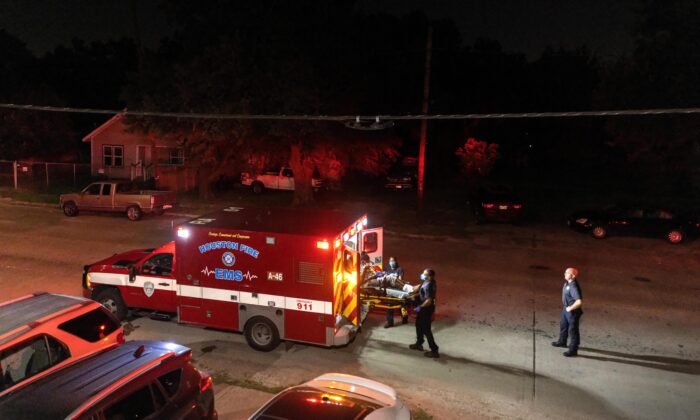 Last year’s dramatic spike in excess deaths—mortality not attributed to COVID-19—has appeared to wane. Between October and January, the number of such deaths decreased by more than half, according to death certificate data from the Centers for Disease Control and Prevention (CDC).

In January, fewer than 7,500 Americans died in excess of the average for the same month in 2019 and 2018, before the COVID-19 pandemic, adjusted for the country’s population change. About 5,000 of those deaths were attributed to COVID-19, leaving fewer than 2,500 to other causes.

By contrast, in September, there were over 14,000 such excess deaths, with fewer than 9,000 attributed to COVID.

The non-COVID excess deaths reached their peak between May and October last year, when more than 5,000 such deaths occurred each month. In the 12 months ending October 2021, there was an excess death spike of more than 40 percent, compared with the same period in 2018–2019. The January figure is the lowest since March 2020, when the pandemic was just taking off.

It is not clear what caused the decline.

The CDC warns that the death certificate data is preliminary, and has a lag of eight weeks or more. As such, the January numbers may still change.

The CDC has not yet released fully detailed cause-of-death data for the recent period, but a previous analysis by The Epoch Times, informed by conversations with state authorities and experts, revealed several potential causes of the excess mortality, including undercounted COVID-19 deaths, drug overdoses, alcohol-related disease, and injuries possibly caused by the COVID-19 vaccines.

It is not clear if any of these factors changed in recent months or whether the drop in excess deaths stems from another cause.

The CDC’s preliminary drug overdose data estimates over 105,000 deaths in the 12 months ending October, up from about 70,000 in the same period two years prior. Overdoses involving synthetic opioids such as fentanyl continued to grow, reaching nearly 70,000 over 12 months, the CDC estimated. Stimulants such as methamphetamine were involved in over 31,000 overdoses.

Fentanyl, often smuggled from China through Mexico, is especially dangerous due to its high potency. As little as 2 milligrams could be lethal, according to the Drug Enforcement Agency (DEA). In a new trend, traffickers press the substance into tablets that resemble prescription opioids. More than two out of five such tablets intercepted by the DEA contained a potentially lethal dose. Some experts consider fentanyl a part of chemical warfare waged against the United States by the Chinese Communist Party (CCP).

In recent months, there seems to be a drop in unnatural deaths, such as those caused by homicide, suicide, or accident, based on the CDC’s bi-weekly mortality data. The data, however, appears to have an even greater lag, making it difficult to gauge how large the drop has been.