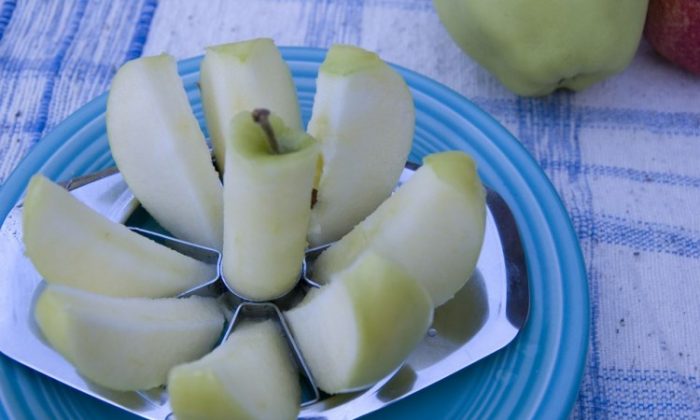 A biotech company’s bid to market a genetically modified apple that doesn’t brown when sliced is prompting concern among conventional and organic fruit growers in B.C.’s Okanagan.

Last month, Okanagan Specialty Fruits (OSF) submitted a request to Health Canada and the Canadian Food Inspection Agency for approval of its Arctic Apple, which has been genetically engineered to keep its colour when cut.

Glen Lucas, general manager of the BC Fruit Growers’ Association, says if approved, the GM fruit could be devastating for both conventional and organic apple growers.

“There are certain foods that are considered to be pure and one of them is apples,” he says. “We don’t want to put that at risk.”

He notes that consumer backlash to the apple could damage market share for conventional growers. Organic farmers are particularly concerned because if their apples are contaminated by the GM variety, such as through pollen transferred by bees, they could lose their organic certification.

“We would like the government to provide assurance and indemnity or a guarantee that there would not be a market impact from introducing this new technology,” Lucas says.

“We have not, in our view, received adequate assurances that organic producers would not be impacted, or if they are impacted, be compensated by government.”

The Arctic Apple is primarily designed for fast food restaurants and other food service companies that use pre-cut apples.

The technology was first developed in Australia and later licensed by Okanagan Specialty Fruits, which says the non-browning fruit can be beneficial to producers, retailers, and consumers due to its longevity.

Although resistance among consumers to GM foods remains high, OSF says each Arctic Apple will be labelled so that consumers can distinguish it as a GM product.

OSF also maintains the likelihood of other apple orchards becoming contaminated is “inherently very low,” according to its website.

“Apples aren’t like row crops. First, apple trees aren’t “weedy”—that is, they don’t tend to escape farms and grow in the wild like some other crops. Second, apple blossoms are pollinated by bees, not by the wind. So the risk of “gene flow” by traveling pollen is inherently very low for apples compared to other crops,” the website reads.

“On the outside chance that cross-pollination with Arctic Apples does occur, genes from the Arctic Apple parent will be present only in some of the resulting apples’ seeds—not in the fruits’ skin or flesh.”

OSF president Neal Carter, a fruit grower with a background in bioresource engineering, has said the fruit is among “the most tested apples on the planet.”

But Lucas says this does little to comfort apple growers who are worried about seed contamination and losing their organic certification.

“What happens if their seed is contaminated? And what level of contamination puts the [organic] certification at risk? That’s the open question,” he says, adding that organic farmers may have to bear extra costs to test their seeds for GM contamination.

“The B.C. tree fruit industry produces healthy products that are world famous for flavour and purity. Growers are concerned that this marketing advantage will be undermined if the introduction of genetically modified fruit is allowed to go forward,” said Lana Popham, New Democrat critic for agriculture.

Last year, the BC Fruit Growers’ Association passed a resolution against the introduction of all GM fruit, stating concerns about consumer backlash and the difficulty of protecting organic growers from contamination.

OSF applied for approval of the new apple from the U.S. Department of Agriculture in 2010. The apple has not yet been approved anywhere in the world.

Carter told industry publication The Packer that a decision on the apple in the U.S. could take place within the year.

He said that in Canada, there will be a public comment period on the company’s request for approval to the CFIA through mid-June.