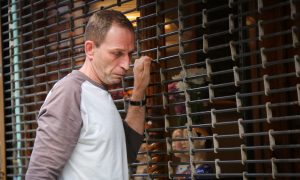 NEW YORK—A high-end Persian carpet store is about to lose its space near Fifth Avenue in NoMad after 35 years, and its owners still don’t know why.

Masood Banilivy, 58, of Banilivy Rugs has negotiated his lease at 3 E. 28th St. annually for the last several years. But last December, he only managed to negotiate a four-month extension with his landlord Winter Properties. That extension ends April 30.

In the traditionally wholesale neighborhood of NoMad (North of Madison Square Park), where Banilivy’s store is located, the draw of better-known surrounding neighborhoods, such as Herald Square, Flatiron, Union Square, and Chelsea has been gradually spilling over. NoMad has been abuzz with new residential development, condo conversions, and new hotels.

Rents have reached such heights even Starbucks has refused to renew a million-dollar lease at Fifth Avenue and West 33rd Street, the Commercial Observer recently reported.

Faith Hope Consolo, chairman of the Retail Group at Douglas Elliman Real Estate, said NoMad has become one of the busiest residential areas in the city. Major new condo buildings are under construction, including 400 Park Avenue South, and developers are also doing condo-conversions at buildings such as The Whitman and 10 Madison Square West. And all this drives retail.

NoMad has been abuzz with new residential development, condo conversions, and new hotels.

According to Consolo, the Ace and NoMad hotels helped to kick off NoMad’s gentrification boom, joining a spate of others. Of note, a 40-story Virgin hotel is under construction on Broadway between 29th and 30th streets that will house a significant number of ground floor retailers. It will be completed in about two years.

But high-profile eateries have been shuttered as well. Over the last two years, celebrity chefs in NoMad’s southern neighbor Flatiron have been pushed out of their traditional haunts.

Commercial leases normally run 10 or 15 years, and as a rule of thumb these rents also normally increase around 3 percent a year. As these lengthy leases expire, landlords can again seek market rents. Often the new rate far exceeds what the tenant had been paying.

Banilivy said his landlord had entered a partnership with a new management company, and that had affected the lease negotiations for his store space.

Winter Properties owns a number of commercial and residential high-rises in Manhattan. Its iconic Crown Building on Fifth Avenue and 57th Street went into contract for $1.8 billion in fall last year, according to the New York Post. The sale has not yet closed.

Condo prices in the luxury towers on 57th Street’s “Billionaires’ Row” may have prompted the Crown Building sale, but perpetual development and gentrification of neighborhoods is changing the game for businesses all over Manhattan.

Winter Properties hadn’t offered Banilivy an explanation as to why the company did not want to renew his lease. The company declined to comment when contacted by the Epoch Times.

Banilivy said he still regards his landlord “Jim” Winter as a good friend, and doesn’t want to undermine any potential lease negotiations. Winter won Banilivy’s gratitude by reducing his rent when the economy was in crisis. “He hasn’t been very greedy,” Banilivy said.

Banilivy is clinging to hope that his landlord will eventually come through for him. But in the meantime he is liquidating his stock of more than 3,000 rugs, and opening his store up to retail, not just wholesale clients.

“I won’t turn away anyone with a reasonable offer,” he said. His finer rugs sell for more than $100,000 in retail stores, though the market is changing.

Banilivy left Iran in 1972 at the age of 16, to attend high school and then college in New York.

“By the time I finished my studies, the revolution happened in Iran and my family decided to move here,” he said. “They had to liquidate a lot of the assets and send them through rugs.”

Banilivy is the fourth generation in his family to work in the rug importing business. His great-grandfather started the business. “I know everything about rugs,” he said.

The Banilivys sell only hand-woven Persian rugs, and they buy individual rugs, not bulk. Their wholesale prices can exceed $75,000 for their finest mansion-style rugs. The Banilivy’s clientele include around 90 retail stores nationally.

The Banilivys sell only hand-woven Persian rugs, and they buy individual rugs, not bulk.

“If you go to Sotheby’s auctions you see a lot of antique Persian rugs. It’s an investment,” Banilivy said.

An average 9 feet by 12 feet hand-woven Persian rug takes around 6 months to complete, whereas a finer piece the same size could take a weaver three years. Quality is measured by the craftsmanship, the quality of the wool or silk selected to weave the rug, and the knots per square inch.

Banilivy’s father, who is now 88, still works in the family store. But Banilivy doesn’t want his two sons to join the family tradition.

“The whole industry is very difficult. The Internet has affected us tremendously,” Banilivy said, adding that now customers can buy direct from wholesalers online, so he had to reduce his margins.

“The customers today, the younger generation, they don’t really care about quality, or how many knots per square inch. They just want something that goes with their sofa,” Banilivy said.