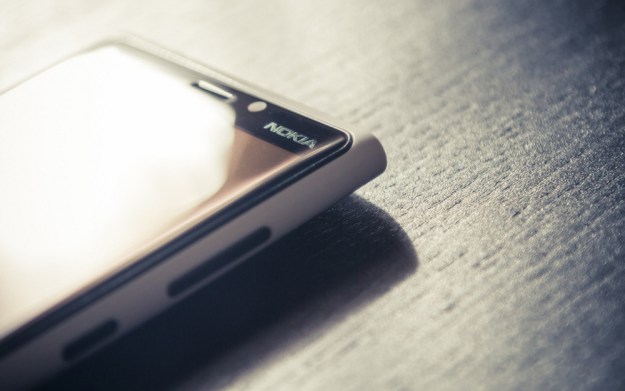 While we wait for Nokia to announce a new smartphone, a questionable leak from China shows a purportedly leaked render of the Nokia C1, the supposedly upcoming new Nokia smartphone.

For years, we’ve been hoping that Nokia would finally make the flagship Android smartphone we always knew it could create. The company chose to go with Windows instead of Google’s mobile operating system and ultimately sold its entire mobile division to Microsoft. Nokia, and then Microsoft, did make Android handsets running a custom OS version, but they were never top-of-the-line handsets.

Now, Nokia is rumored to return to the mobile game by licensing its brand in partnerships with Chinese handset makers. However, due to contractual obligations following the Microsoft deal, Nokia has to wait until 2016 to actually launch a new smartphone.

A Weibo user posted the image above that supposedly shows what a Nokia C1 would look like. The device appears to have a large screen, no home button and a design that reminds us of the iPhone 4/4s models. We’re looking at a metal frame with rounded corners and a colored back (that comes in colors similar to what Apple is using for the iPhone 6s).

The most interesting detail concerns the home screen, which shows not one but two distinct operating systems, including Android with Nokia’s Z Launcher on top, but also Windows 10. Does that mean the phone would be let the user choose what OS to boot?

At this time, it’s too early to tell whether this render accurately represents Nokia’s design intentions for the handset. But it will certainly get Nokia fans dreaming about such a device.