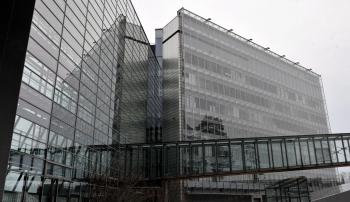 By Ilya Rzhevskiy
Print
Nokia—the biggest cell phone maker in the world—has announced disappointing fourth-quarter 2010 financial results, putting a dent in its latest effort to compete with global rivals in a mobile industry increasingly more reliant on the smartphone.

The Finnish mobile devices maker’s profit is down 21 percent in 2010 from the prior year, and its global market share dropped to 31 from 35 percent. Nevertheless, Nokia still sold 124 million phones in the fourth quarter, which is the most of any other cell phone company in the world.

Armed with a new CEO, Nokia's results nevertheless were unimpressive. The company's operating profit decreased by 26 percent during the fourth quarter of last year, with net earnings falling by 21 percent.

In addition to steadily declining revenue and market share, Nokia’s credit rating could go down as well as investor confidence in the company lags.

"The rating review was caused by the gradual but steady weakening of Nokia's business profile and competitive position in mobile phones, which has started to pressure profitability," credit ratings firm Moody’s Investor Service said in a statement Friday.

To many analysts, the latest results was a wake-up call to challenge Nokia’s leadership in its way of doing business and to review its current strategy of competing with the likes of Apple Inc.’s iPhone, Microsoft’s Windows 7 phone, Google’s Android, and hardware makers Motorola Inc., and Samsung Group. The company's market share among global smartphones dropped from 38 percent in the third quarter to 31 percent during the fourth quarter.

Nokia’s recently appointed chief executive officer—Stephen Elop, who came from Microsoft last summer—gave an interesting speech to investors, hinting that the company will make a major strategy shift that will be announced on Feb. 11, at the Mobile World Congress in Barcelona, Spain.

"Nokia must compete on an ecosystem-to-ecosystem basis. In addition to great devices, we must build, catalyze, and/or join a competitive ecosystem," said Elop in a statement. At the top of Elop's priority list is to bring Nokia back to prominence in the lucrative North American market, where its phones have virtually disappeared in the marketplace in recent years.

Analysts predict that Nokia will ditch its proprietary Symbian operating system and go with either Google’s Android or Microsoft’s Windows 7 smartphone software.

“Nokia faces some significant challenges in our competitiveness and our execution. In short, the industry changed and now it’s time for Nokia to change faster,” said Elop, referring to the fact that the time of old cell phones mainly used for calling is over and Nokia must adapt to new smartphone world, if it is to remain competitive.

Elop gave a slight hint about considering both Google and Microsoft when he gave his definition of a winning ecosystem as one with a "coherent aggregation of search, advertising, e-commerce, social networking, location-based services, entertainment, and unified communications," he said.

The first two features “coherent aggregation of search” and “advertising” clearly show a predisposition to Google’s Android, which is the strongest choice in the online business. The last two features “entertainment and unified communications” are clearly Microsoft’s strengths, which provide seamless Xbox integration with Windows 7 phone and advanced unified communication software for live video conferencing and chat.

The major strategy shift announcement will come out on Feb. 11 in London when Stephen Elop will go deep into the details.

Whatever Nokia’s decision regarding partnership will be, it is certain that such a partnership will give a boost to either Google or Microsoft’s shares and revenues—Nokia’s sheer volume and market share in Europe and Asia alone will be lucrative for its partners.

But whether the strategy shift will give Nokia additional ammo to compete in the smartphone business remains to be seen.