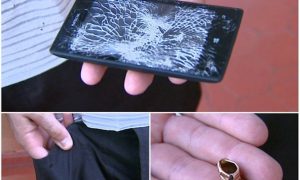 HELSINKI—Nokia enjoyed a solid 60 percent rise in net profit in the second quarter, with a good performance in its core networks division, suggesting the Finnish company is succeeding in turning its business around since selling its handsets operation to Microsoft in 2013.

The profit of 347 million euros ($383 million) beat expectations, and Nokia’s stock jumped more than 10 percent during the day but settled to close up more than 7 percent at 6.42 euros on the Helsinki Stock Exchange.

Overall sales in the period increased 9 percent to 3.2 billion euros, helped by currency fluctuations but also increased demand for software in mobile broadband and global services.

Hannu Rauhala, senior analyst at Pohjola Bank, said the figures had dispelled fears among investors that Nokia would suffer from a general sluggishness in global network business.

We remain highly focused on reducing costs and improving efficiency in order to mitigate the impact of market conditions.
— Rajeev Suri, CEO, Nokia

“It was a good performance for Nokia, and I think markets had been worried that it too would have shown signs of the general slowdown in the industry,” Rauhala said. “But it’s a long-term business and we’ll have to see what happens next year.”

Nokia said that the networks unit, which accounts for 85 percent of total revenue, was expected to see growth of some 8 to 11 percent for the full year. It also expects improvement in the other two remaining sectors, HERE mapping services and Nokia technologies, which manages the lucrative licensing portfolio.

CEO Rajeev Suri says he was “particularly pleased” with the performance of the networks sector, but noted that improvement in all three units has made the Finnish company “well positioned to deliver on our full-year 2015 commitments.”

However, he warned that telecom infrastructure conditions would remain challenging requiring further savings, and said that although Nokia will focus on software sales as “the industry continues its hardware to software migration,” harder times lay ahead.

“Despite these underlying improvements I would caution against any assumptions that software share would be at a similar level in coming quarters. We are starting to see more difficult seasonality patterns with stronger quarters in Q2 and Q4 offset by weaker first and third quarters,” Suri told analysts during a conference call.

“We remain highly focused on reducing costs and improving efficiency in order to mitigate the impact of market conditions,” he said.

Suri noted that HERE mapping services had done “excellent work,” expanding its real-time traffic service from 44 to 50 countries with voice-guided navigation in 53 languages.

He didn’t comment on rumors that its maps unit was being sold to auto companies, but said that the “strategic review of that (HERE) business is now in an advanced stage” and that Nokia would focus on “the best interests of its shareholders and the long-term future of HERE.”

After being the No. 1 global mobile phone maker for 14 years, Nokia seemed to run out of steam and was unable to meet the challenges of Apple’s iPhone, Samsung, and Asian phone makers. It has, however, managed to stage a turnaround since selling its unprofitable handsets unit to Microsoft for 5.4 billion euros in 2013.

The new, scaled-down company launched a tablet this year and says it is seeking a partner to return to the cellphone business. Earlier this week it announced the upcoming launch of a virtual reality camera, an innovative ball-shaped video-cam with eight synchronized shutter sensors and integrated microphones for spatial audio.

In its biggest move since teaming up with Microsoft in 2011, Nokia bought the ailing French telecom company Alcatel-Lucent in a 15.6 billion-euro deal, which was approved by the European Union last week.