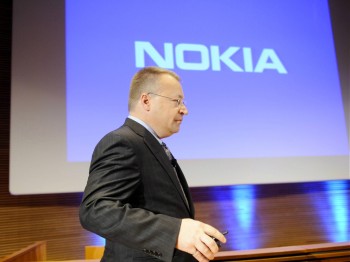 This is the second major announcement in 2011 in terms of restructuring of the company’s workforce, with 7,000 international jobs to be cut since the April announcement.

"We are seeing solid progress against our strategy, and with these planned changes we will emerge as a more dynamic, nimble, and efficient challenger," Stephen Elop, Nokia’s first foreign chief executive, said in a statement. The aim of the job cuts is to attempt to reduce operating costs by $1.5 billion by 2013, part of Elop’s vision when he took over Nokia’s top spot a year ago.

The latest plans will include the closure of the Cluj, the Romanian manufacturing plant, which will mean 2,200 job losses. The Cluj plant was opened in 2008 due to the high labor costs in Bochum, Germany, where Nokia had operations.

The extra jobs to be shed by the Finland based mobile phone maker will be spread worldwide. More than 1,300 jobs will be cut from the world’s largest digital business Navteq, the navigational operations and location platforms arm of the company. Nokia will close the doors of units in Bonn, Germany, and Malvern, Pa.

“This is very shocking. As if they had no policy at all in human resources, only lay-off talks rolling all the time. I wonder how people can work there, how people can focus at all," Pertti Porokari, the chairman of Finnish engineers’ union (UIL), told Reuters.

The climate of change for competition in the mobile market is evident given the technology advancement in smartphones, which have computer-like functionalities built into phones, with strong players such as Apple’s iPhone and Google’s Android in the market. Former smartphone leaders, such as Blackberry maker Research in Motion Ltd., are shedding jobs and also suffering profit declines.

"High-volume Asian factories provide greater scale and proximity benefits," said Elop in regards to the Romania plant closure. However, he claimed that Europe is still the "core to Nokia’s future."

In July, Nokia announced a net loss of $521 million in the second quarter. This was the first quarterly loss in 1.5 years and was attributed to slow sales of mobile devices.

In February, Nokia teamed up with Microsoft Corp., which the company hopes will give it a chance to boost its business with the introduction of a Windows Phone 7 device before the end of year.

This is a radical change for Nokia, which had been selling phones running Symbian, an in-house operating system for mobile phones.