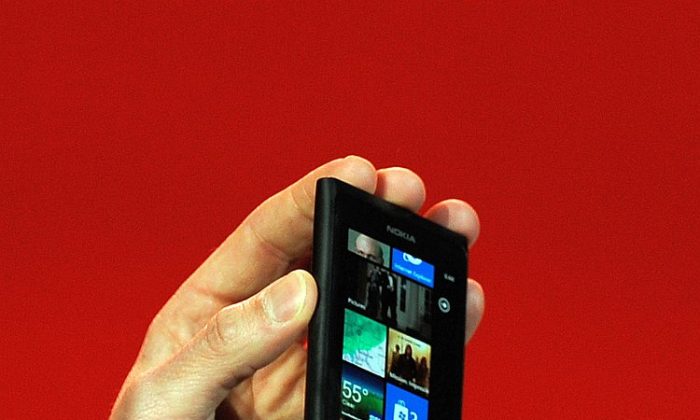 Finnish handset manufacturer Nokia Corp.., in partnership with AT&T Inc., unveiled the third iteration of its Lumia series of smartphones at the 2012 Consumer Electronics Show (CES) in Las Vegas on Monday.

Lumia 900 will be the first smartphone with the Windows Phone 7 operating system to have faster AT&T 4G LTE network support capability designed specifically for the United States.

Similar to its predecessors, Lumia 710 and 800, the 900 will be Nokia’s third smartphone to run on Microsoft’s Windows Phone 7.5 operating system (“Mango”). This follows Nokia’s strategic decision in February 2011 to embrace the platform, in lieu of its own Symbian and MeeGo operating systems, for future generations of high-end devices.

Despite having nearly 1.3 billion users of its devices worldwide, Nokia (NYSE:NOK) has made negligible inroads into the highly competitive and continually evolving North American smartphone markets. The domestic smartphone market is currently dominated by Google’s Android and Apple’s iOS ecosystems—which according to The NPD Group, hold 53 percent and 29 percent of market share, respectively—with Windows Phone 7 only managing around 2 percent since its 2010 introduction.

Given this current market dynamic, Microsoft is betting heavily on its partnerships with handset makers  like Nokia to create a plethora of smartphones in an attempt to gain more traction for its fledgling Windows Phone 7 platform. The company believes that a logical merging of solid hardware in combination with the underlying software architecture, services, and applications can ultimately create popular and profitable devices.

With its stylish looks, elegant form factor, impressive features, competitive technical specs, and arguably the most aesthetically pleasing—albeit functionally simplistic—operating system available in the smartphone arena, the Lumia 900 may prove to be a winner with consumers looking for a change from traditional smartphone fare.

Nokia’s Lumia 900 will be available exclusively through AT&T (NYSE:T), with no official word yet on pricing or availability.