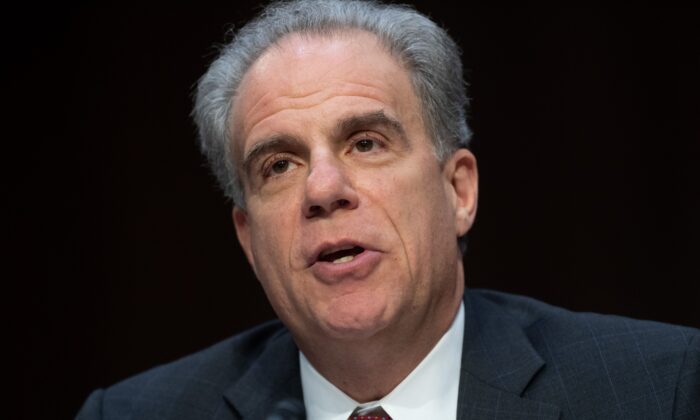 “I have total confidence that the FISA process was followed, that the entire case was handled in a thoughtful, responsible way by DOJ and the FBI. I think the notion that FISA was abused here was nonsense,” Comey told reporters after testifying to the House Judiciary Committee in December 2018.

“Would it be fair to say that you take issue with that statement?” Graham asked Horowitz.

“Certainly our findings were that there were significant problems,” Horowitz said.

“So when Comey speaks about FISA, you shouldn’t listen. You should listen to Mr. Horowitz. He’s not vindicated. And to be concerned about the FISA warrant process is not nonsense,” Graham said.

Graham also asked Horowitz about Comey’s claim this week that the report from Horowitz’s team “vindicated” him.

“I think the activities we found here don’t vindicate anybody who touched this FISA,” Horowitz responded.

Horowitz also said that he could not rule out political bias motivating the significant errors and omissions that his team found.

“FBI leadership supported relying on Steele’s reporting to seek a FISA order targeting Page after being advised of concerns expressed by a Department attorney that Steele may have been hired by someone associated with a rival candidate or campaign,” he said in his opening statement.

Horowitz said that ex-British spy Christopher Steele, who was paid by Hillary Clinton’s campaign, had a bias “that needed to be disclosed” to the FISA court, but that it was not. After Graham asked if Steele has a personal bias, Horowitz said, “We found in the course of this, and heard from Mr. [Bruce] Ohr, that he was desperate to prevent Mr. Trump’s election.”